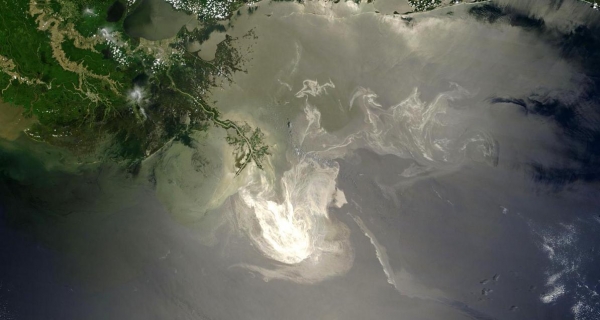 For 87 days in 2010, roughly 200 million gallons of crude oil spewed from the Deepwater Horizon oil rig, 50 miles off the coast of Louisiana in the Gulf of Mexico.

For 87 days in 2010, roughly 200 million gallons of crude oil spewed from the Deepwater Horizon oil rig, 50 miles off the coast of Louisiana in the Gulf of Mexico. Eleven people died in the explosion that blew the cap off the rig, and about 100,000 people were recruited to help clean up the mess.

Those responders, who included trained experts and anyone with a boat who was willing to help, worked for nine months to remove oil from the water and beaches. Some of the oil was sucked up with special equipment, some of it was burned off, and, on land, it was often laboriously cleaned up by hand.

During that time, the National Institute of Environmental Health Sciences, NIEHS, launched the GuLF Study to determine the level of exposure to toxins in the oil and cleanup chemicals the workers and volunteers experienced and to investigate relationships between oil spill exposures and potential physical and mental health effects. About 32,000 workers agreed to be part of the study, which looked at airborne and dermal, or skin, exposure.

In this photo, taken from NASA's Terra Satellite, the oil slick from the Deepwater Horizon spill is brighter than the surrounding water in some places (image center) and darker than the surrounding water in others (image lower right). Bright white ribbons of oil streak across this sediment-laden water of the Mississippi Delta. (Photo Credit: Michon Scott, NASA'S Earth Observatory, NASA/Goddard Space Flight Center)