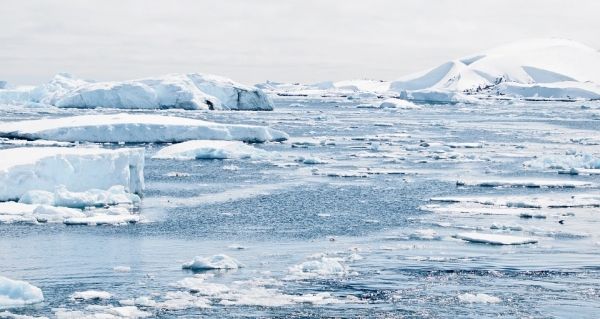 The features of the ocean floor help determine how water masses and ocean currents move and how they affect our climate.

The features of the ocean floor help determine how water masses and ocean currents move and how they affect our climate. Biodiversity is also influenced by seafloor landforms. Accordingly, having as precise information on the seafloor topography as possible is indispensable for oceanographic and climate research. With the second version of the International Bathymetric Chart of the Southern Ocean (IBCSO v2), an international group of researchers led by the Alfred Wegener Institute recently presented the best and most detailed seafloor map of the Southern Ocean, which plays a pivotal role in the Earth system. The map and the complex methods used to create it were published in the Nature journal Scientific Data.

Encircling the Antarctic continent, the Southern Ocean is a key region for the Earth system and the global climate. Here, the Antarctic Circumpolar Current, driven by powerful westerly winds – the infamous “Roaring Forties” – represents the key connecting element in the globe-spanning thermohaline circulation, influencing ocean currents in the Pacific, Atlantic and Indian Oceans. In addition, the cold water of the Southern Ocean absorbs tremendous amounts of CO2 and heat from the atmosphere, creating a temporary buffer for many of the negative consequences of anthropogenic climate change. Moreover, these waters are characterised by high biological productivity and are home to a unique diversity of species.

Despite its great significance, in the Southern Ocean – as in many other oceans – only comparatively few regions of the seafloor have been surveyed and charted in detail. Although satellite data covers the whole ocean, it offers comparatively low resolution. Currently, high-resolution data can only be gathered using ship-based methods. As a result, multibeam echosounder readings taken in the Southern Ocean by research vessels like the icebreaker Polarstern often yield previously undiscovered topographical highlights like a 1,920-metre seamount, which was dubbed the Madiba Seamount in honour of Nelson Mandela’s nickname.