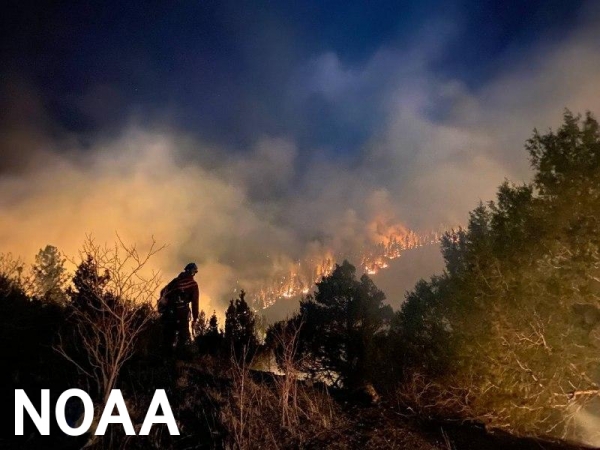 May was warm and wet across the Lower 48, according to scientists from NOAA’s National Centers for Environmental Information. The month also wrapped up a warm spring as wildfires continued to burn across the nation. Below are highlights from NOAA's U.S. monthly climate report for May 2022:

Climate by the numbers - May 2022
The average May temperature across the contiguous U.S. was 61.9 degrees F (1.7 degrees above the 20th-century average), ranking in the warmest third of the 128-year record.

Temperatures across the Northwest and northern Rockies were below average, with much of the Southwest, Deep South and locations east of the Mississippi River above average. Triple-digit heat scorched portions of the South throughout the month, setting a number of temperature records across Texas. Texas had its second-warmest May on record, while Washington state saw its eighth coldest.