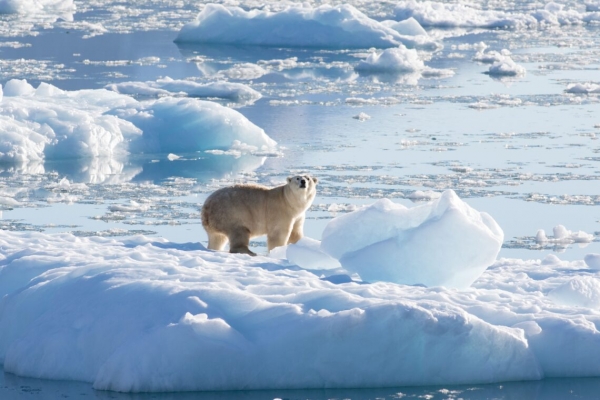 Scientists have documented a previously unknown subpopulation of polar bears living in Southeast Greenland. The polar bears survive with limited access to sea ice by hunting from freshwater ice that pours into the ocean from Greenland’s glaciers. Because this isolated population is genetically distinct and uniquely adapted to its environment, studying it could shed light on the future of the species in a warming Arctic.

“We wanted to survey this region because we didn’t know much about the polar bears in Southeast Greenland, but we never expected to find a new subpopulation living there,” said lead author Kristin Laidre, a polar scientist at the University of Washington’s Applied Physics Laboratory. “We knew there were some bears in the area from historical records and Indigenous knowledge. We just didn’t know how special they were.”

The study, published in the June 17 issue of Science, combines seven years of new data collected along the southeastern coast of Greenland with 30 years of historical data from the island’s whole east coast. The remote Southeast region had been poorly studied because of its unpredictable weather, jagged mountains and heavy snowfall. The newly collected genetic, movement and population data show how these bears use glacier ice to survive with limited access to sea ice.