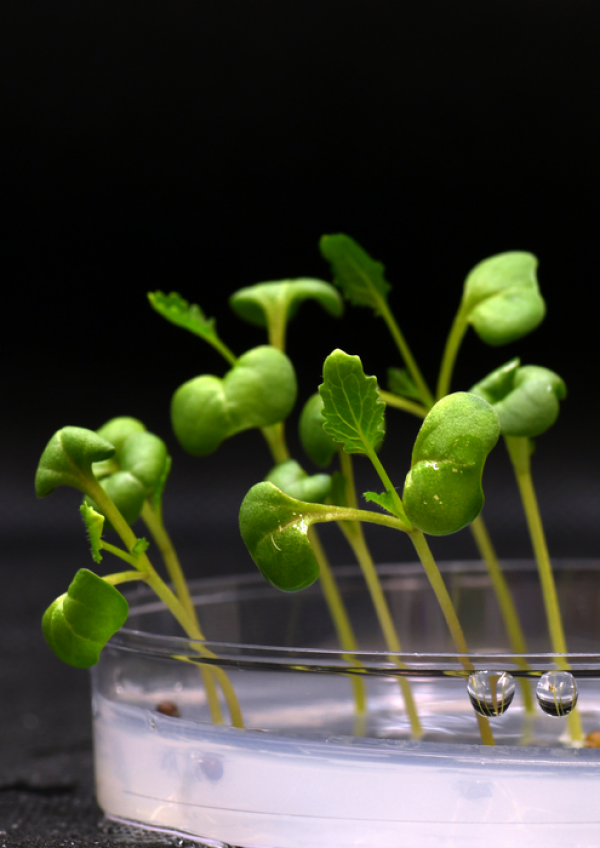 Photosynthesis has evolved in plants for millions of years to turn water, carbon dioxide, and the energy from sunlight into plant biomass and the foods we eat.

Photosynthesis has evolved in plants for millions of years to turn water, carbon dioxide, and the energy from sunlight into plant biomass and the foods we eat. This process, however, is very inefficient, with only about 1% of the energy found in sunlight ending up in the plant. Scientists at UC Riverside and the University of Delaware have found a way to bypass the need for biological photosynthesis altogether and create food independent of sunlight by using artificial photosynthesis.

The research, published in Nature Food, uses a two-step electrocatalytic process to convert carbon dioxide, electricity, and water into acetate, the form of the main component of vinegar. Food-producing organisms then consume acetate in the dark to grow. Combined with solar panels to generate the electricity to power the electrocatalysis, this hybrid organic-inorganic system could increase the conversion efficiency of sunlight into food, up to 18 times more efficient for some foods.

“With our approach we sought to identify a new way of producing food that could break through the limits normally imposed by biological photosynthesis,” said corresponding author Robert Jinkerson, a UC Riverside assistant professor of chemical and environmental engineering.

In order to integrate all the components of the system together, the output of the electrolyzer was optimized to support the growth of food-producing organisms. Electrolyzers are devices that use electricity to convert raw materials like carbon dioxide into useful molecules and products. The amount of acetate produced was increased while the amount of salt used was decreased, resulting in the highest levels of acetate ever produced in an electrolyzer to date.