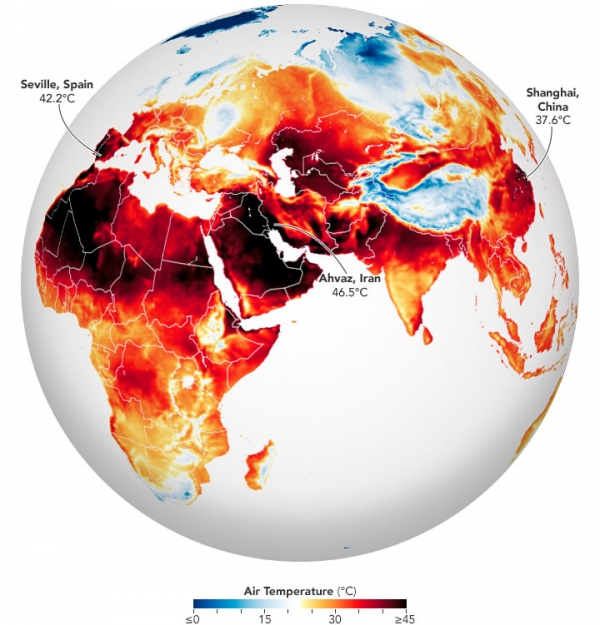 In summer 2022, multiple heatwaves around the world felled temperature records and fueled wildfires.

In June and July 2022, heatwaves struck Europe, North Africa, the Middle East, and Asia, as temperatures climbed above 40 degrees Celsius (104 degrees Fahrenheit) in places and broke many long-standing records.

The map above shows the surface air temperatures across most of the Eastern Hemisphere on July 13, 2022. It was produced by combining observations with a version of the Goddard Earth Observing System (GEOS) global model, which uses mathematical equations to represent physical processes in the atmosphere.

“While there is a clear pattern of an ‘atmospheric wave’ with alternating warm (redder) and cool (bluer) values in different locations, this large area of extreme (and record breaking) heat is another clear indicator that emissions of greenhouse gases by human activity are causing weather extremes that impact our living conditions,” said Steven Pawson, chief of the Global Modeling and Assimilation Office at NASA Goddard Space Flight Center.