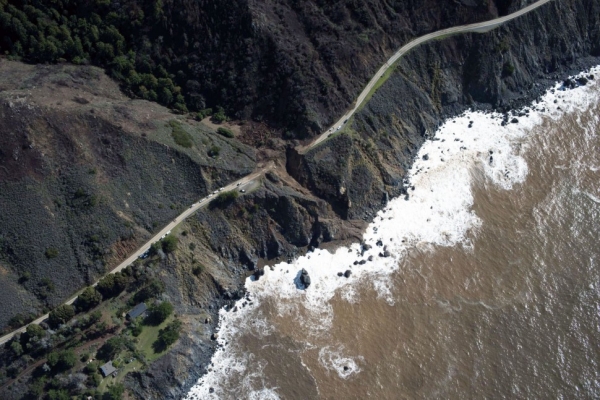 A wildfire followed by an intense rainstorm is often a recipe for disaster.

A wildfire followed by an intense rainstorm is often a recipe for disaster. Without vegetation to cushion rainfall, water runoff can turn into a fast-moving, highly destructive landslide, called a “debris flow,” which often has the power to wipe out cars, homes and highways — sometimes resulting in casualties.

Northwestern University researchers have augmented a physics-based numerical model to investigate and predict areas susceptible to debris flows. This augmented model eventually could be used in an early warning system for people living in high-risk areas, enabling them to evacuate before it’s too late. Information from model simulations also could be used to design new infrastructure — such as diversion bars that deflect fast-moving water away from homes and roads — for high hazard zones.

The research was published today (July 27) in the journal Natural Hazards and Earth System Sciences.

“People want to know about their immediate and future risk,” said Northwestern’s Daniel Horton, the study’s senior author. “Although it’s not yet to operational standards, this modelling framework could one day be instrumental in forecasting where debris flows are likely to occur and deciding who needs to be evacuated.”

The aftermath of a debris flow along Highway 1 near Big Sur, California. (Photo Credit: USGS.gov)