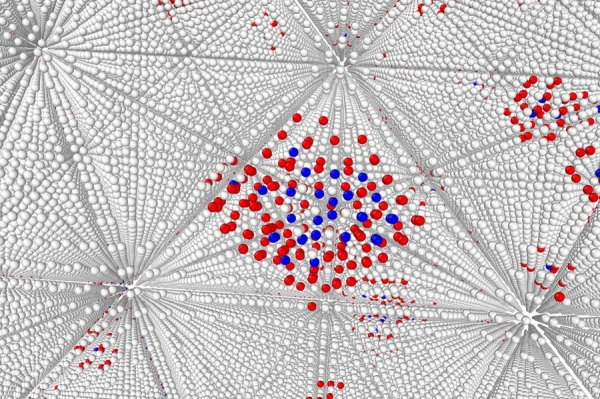 It was just a piece of junk sitting in the back of a lab at the MIT Nuclear Reactor facility, ready to be disposed of.

It was just a piece of junk sitting in the back of a lab at the MIT Nuclear Reactor facility, ready to be disposed of. But it became the key to demonstrating a more comprehensive way of detecting atomic-level structural damage in materials — an approach that will aid the development of new materials, and could potentially support the ongoing operation of carbon-emission-free nuclear power plants, which would help alleviate global climate change.

A tiny titanium nut that had been removed from inside the reactor was just the kind of material needed to prove that this new technique, developed at MIT and at other institutions, provides a way to probe defects created inside materials, including those that have been exposed to radiation, with five times greater sensitivity than existing methods.

The new approach revealed that much of the damage that takes place inside reactors is at the atomic scale, and as a result is difficult to detect using existing methods. The technique provides a way to directly measure this damage through the way it changes with temperature. And it could be used to measure samples from the currently operating fleet of nuclear reactors, potentially enabling the continued safe operation of plants far beyond their presently licensed lifetimes.

Image: Caption: Much of the damage inside nuclear reactors is so small that it has eluded previous tests. Now a new tool provides a way to directly measure this damage, potentially opening a path for the safe operation of nuclear power plants far beyond their present licensed lifetimes. (Credits: Image: Courtesy of the researchers)