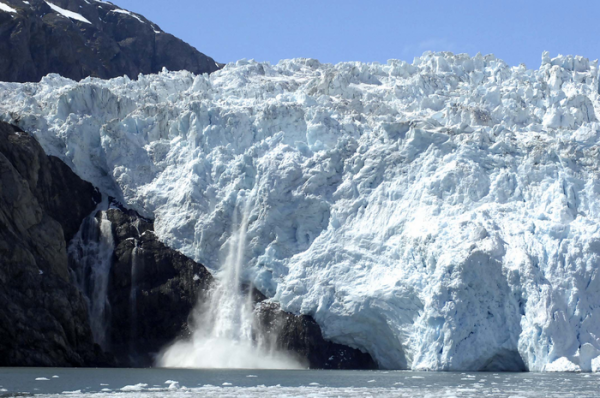 As glaciers worldwide retreat due to climate change, managers of national parks need to know what’s on the horizon to prepare for the future.

As glaciers worldwide retreat due to climate change, managers of national parks need to know what’s on the horizon to prepare for the future. A new study from the University of Washington and the National Park Service measures 38 years of change for glaciers in Kenai Fjords National Park, a stunning jewel about two hours south of Anchorage.

The study, published Aug. 5 in The Journal of Glaciology, finds that 13 of the 19 glaciers show substantial retreat, four are relatively stable, and two have advanced. It also finds trends in which glacier types are disappearing fastest. The nearly 670,000-acre park hosts various glaciers: some terminate in the ocean, others in lakes or on land.

“These glaciers are a big draw for tourism in the park — they’re one of the main things that people come to see,” said lead author Taryn Black, a UW doctoral student in Earth and space sciences. “Park managers had some information from satellite images, aerial photos, and repeat photography but they wanted a more complete understanding of changes over time.”

Holgate Glacier, shown here in June 2009, terminates on the coast and is a popular kayaking destination, especially in summer when the ice is calving. Local residents had recently observed land exposed at its terminus, but the new analysis finds that the glacier has been advancing over the past 5 years. (Photo Credit: U.S. National Park Service)