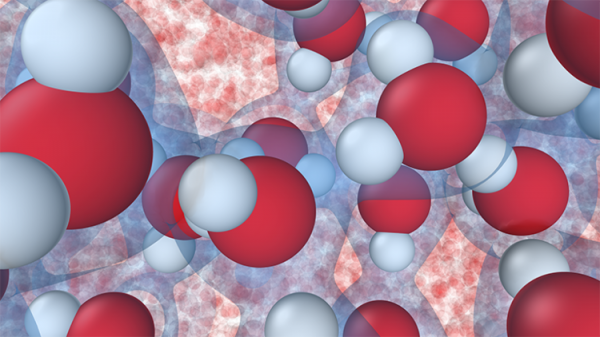 A team based at Princeton University has accurately simulated the initial steps of ice formation by applying artificial intelligence (AI) to solving equations that govern the quantum behavior of individual atoms and molecules.

The resulting simulation describes how water molecules transition into solid ice with quantum accuracy. This level of accuracy, once thought unreachable due to the amount of computing power it would require, became possible when the researchers incorporated deep neural networks, a form of artificial intelligence, into their methods. The study was published the week of Aug. 8, 2022 in the journal Proceedings of the National Academy of Sciences.

“In a sense, this is like a dream come true,” said Roberto Car, Princeton’s Ralph W. *31 Dornte Professor in Chemistry, who co-pioneered the approach of simulating molecular behaviors based on the underlying quantum laws more than 35 years ago. “Our hope then was that eventually we would be able to study systems like this one, but it was not possible without further conceptual development, and that development came via a completely different field, that of artificial intelligence and data science.”

Image: Researchers at Princeton University combined artificial intelligence and quantum mechanics to simulate what happens at the molecular level when water freezes. The result is the most complete yet simulation of the first steps in ice “nucleation,” a process important for climate and weather modeling. (Image credit: Pablo Piaggi, Princeton University)