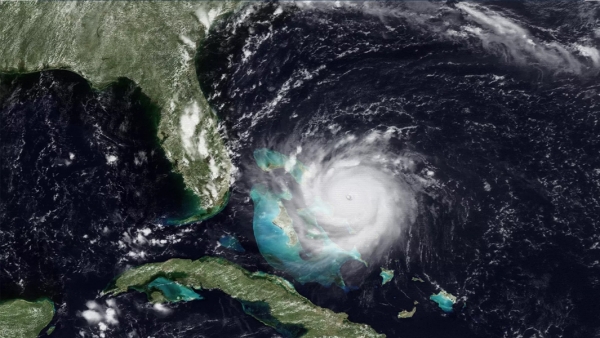 Hurricane Andrew made landfall on August 24, 1992, near Homestead, Florida, becoming one of the most catastrophic hurricanes in U.S. history. It had an extremely low central pressure of 922 millibars and maximum sustained wind speeds estimated at 165 miles per hour. The storm rapidly intensified less than 36 hours before landfall, leaving most residents less than a day to secure their homes and heed evacuation orders.

When NOAA Atlantic Oceanographic and Meteorological Laboratory (AOML) staff found themselves with a major hurricane on their doorstep, hurricane researchers urgently began working to aid forecasters at NOAA’s National Hurricane Center (NHC). Hurricane Andrew affected their families, and even destroyed one scientist’s home. Once the hurricane passed, our scientists went right back to work, using what they had learned and seen firsthand to improve our understanding of tropical cyclones. In the 30 years since Andrew, NOAA scientists, forecasters and partners have revolutionized hurricane forecasting to save lives and property.

While storm surge typically accounts for the most devastation during tropical cyclones, it was Hurricane Andrew’s extremely strong winds that caused most of the damage. This compact, yet powerful storm directly caused 23 U.S. deaths, decimated the urban landscape of southern Miami-Dade County, and reshaped communities to this day. Andrew’s intensity, combined with lax enforcement of building codes, destroyed over 25,000 homes, leaving more than 160,000 residents homeless. In Homestead alone, the storm obliterated nearly 99% of all mobile homes, leaving the area unrecognizable.