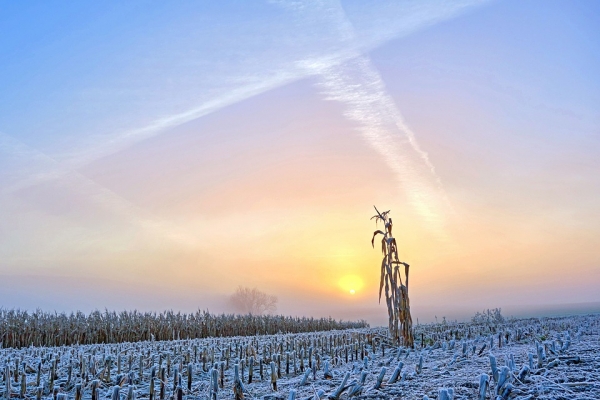 Nitrous oxide may be much less abundant in the atmosphere than carbon dioxide, but as a greenhouse gas, it’s a doozy.

Nitrous oxide may be much less abundant in the atmosphere than carbon dioxide, but as a greenhouse gas, it’s a doozy. With a potency 300 times greater than CO2, nitrous oxide’s warming potential, especially via agriculture, demands attention.

University of Illinois and University of Minnesota researchers are answering the call. In a new study, they document an overlooked but crucial timeframe for nitrous oxide (N2O) emissions in U.S. Midwest agricultural systems: the non-growing season.

“Nitrous oxide emissions from agricultural soils have mostly been studied during the growing season. Previous research shows non-growing season N2O emissions can contribute up to 70–90% of annual emissions in some years, but it’s not clear how accurate that range is for the Midwest or what processes and management practices contribute to those emissions in the fall and winter,” says Yufeng Yang, the study’s lead author and doctoral student at U of M.

Yang and his co-authors used a computer simulation model known as ecosys to determine the hotspots and ‘hot moments’ for N2O emissions across the Midwest. Specifically, they teased out the climate and environmental factors contributing to N2O emissions on a county-by-county basis during non-growing seasons between 2001 and 2020. They also looked at the effects of fertilizer application timing and nitrification inhibitors.