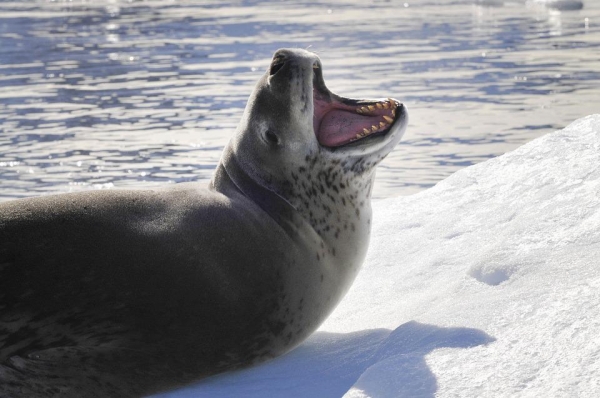 Baylor University marine biologist Sarah Kienle, Ph.D., has always been fascinated by leopard seals. These prehistoric, reptilian-looking seals are often portrayed as scary villains in movies such as “Happy Feet” and “Eight Below,” but little is known about their basic biology. The combination of the extreme climate in Antarctica, the species’ solitary habits and their lethal reputation makes leopard seals one of the most difficult top predators to study on Earth.

In the study published in Frontiers of Marine Science – “Plasticity in the morphometrics and movements of an Antarctic apex predator, the leopard seal” – Kienle (first author) and the team documented the flexible behaviors and traits that may offer leopard seals the resilience needed to survive the extreme climate and environmental disturbances occurring around Antarctica.