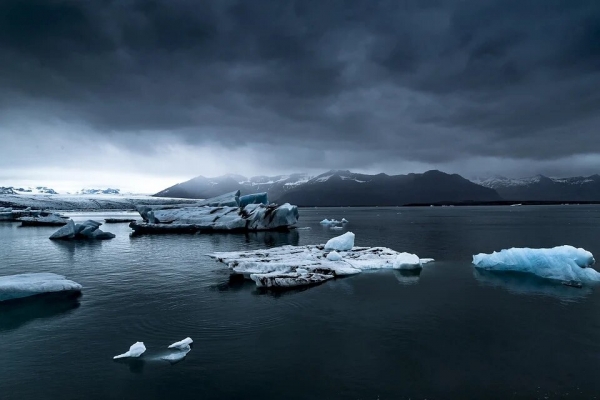 Sea ice levels in the Arctic Ocean are rapidly declining, thanks to global warming.

Sea ice levels in the Arctic Ocean are rapidly declining, thanks to global warming. Now, to understand and forecast the growth and decay of the ice, researchers from Japan and collaborating countries have conducted a survey in the Arctic Ocean to investigate the influence of ocean heat on sea ice in the ice-ocean boundary layer. Their findings provide insights into the mechanisms of Arctic sea ice decline for making accurate predictions in the future regarding the global climate.

The sea ice (a term for ice that is not attached to the shoreline) in the Arctic Ocean is currently at an all-time low, owing to global warming. Scientists have previously attempted to study the ice in this region; however, owing to its constant shifting by strong surface winds and ocean currents, it is difficult to monitor continuously.

The growth and decay of the sea ice can be influenced by the interaction of the drifting ice and the near-surface ocean layer, where turbulent heat and salt fluctuations govern the formation of ice. Turbulence at the ice-ocean boundary layer (IOBL), which is the transition zone between the sea ice and seawater, is also shaped by the intrusion of fresh water from melting sea ice and the physical exclusion of brine during ice formation. While some research has been conducted on the mechanisms of sea ice formation, the combined effect of mechanical and buoyancy-driven forces on this process remain poorly understood.

Now, a joint team of researchers from The University of Tokyo, Hokkaido University, and the National Institute of Polar Research have utilized data collected during the international ship-based MOSAiC observational expedition, to examine the Arctic IOBL as it transitioned from melting to refreezing in real time. The team was led by Dr. Yusuke Kawaguchi of The Atmospheric and Ocean Research Institute at The University of Tokyo and included Dr. Daiki Nomura from Hokkaido University and Dr. Jun Inoue from the National Institute of Polar Research.

Read more at Research Organization of Information and Systems