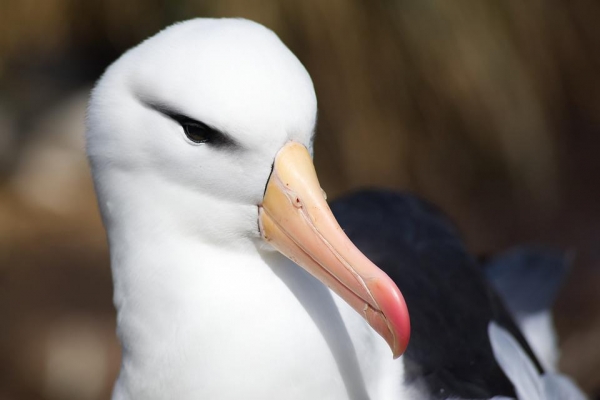 British Antarctic Survey (BAS) and RSPB are recruiting albatross detectives to help to search for wandering albatrosses in satellite images taken from space.

British Antarctic Survey (BAS) and RSPB are recruiting albatross detectives to help to search for wandering albatrosses in satellite images taken from space. This is to help us learn more about how these sentinels of the sea are being impacted by climate change, intensive fishing, and invasive species.

The Albatrosses from Space project is currently focusing on Wandering Albatrosses on South Georgia, located in the South Atlantic Ocean. Although wandering albatrosses nest in grassy, relatively flat terrain, the islands of South Georgia feature sheer, rocky cliffs and outcrops, making access dangerous and expensive for researchers. Using satellite imagery to count the birds is safer, causes no disturbance to the birds or their habitat, saves time and funding, and opens up previously inaccessible areas for surveying. The project is being led by the ‘Wildlife From Space’ team at BAS, which also monitors walruses, penguins, whales and seals via satellite imagery.

“The Wildlife From Space team have been using satellite images to detect albatrosses for many years, but never at this scale. There are over 20 main Wandering Albatross breeding sites in South Georgia, but only three of these are regularly monitored from the ground as most are difficult to access. Satellite imagery will help solve this issue by allowing us to complete remote counts of albatrosses at all breeding sites.”