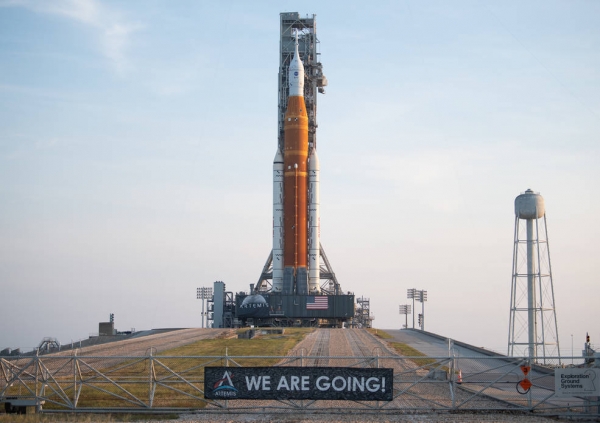 Humanity is set to make a return to the Moon with the Artemis program, in what NASA says is a first step to Mars. So, who gets first dibs?

Humanity is set to make a return to the Moon with the Artemis program, in what NASA says is a first step to Mars. So, who gets first dibs?

Dr. Aaron Boley, a professor in UBC’s department of physics and astronomy, discusses the mission’s plans and why we need to sort out access and resource rights before we return to the lunar surface.

What’s Going on with the Moon Right Now?

There’s a push to have a sustained presence on the Moon by many players, including the United States, China and Russia. One such effort is NASA’s upcoming Artemis 1 launch, a three-part mission that starts with an upcoming unmanned launch and results in returning people to the lunar surface.

We have decades of experience operating in a low Earth orbit – but lunar operations are vastly different. And while there is experience from the Apollo missions 50 years ago, the goal is now to build a sustained human presence with critical support infrastructure. An orbiting station will provide a connection between Earth and the Moon for more complex operations. This program will also allow humans to learn how to extract and use resources in space, a requirement for a sustained human presence off Earth. For example, you could harvest lunar ice and use it for radiation shielding, life support and fuel.

Image: NASA’s Space Launch System (SLS) rocket with the Orion spacecraft aboard is seen atop a mobile launcher at Launch Pad 39B, Wednesday, Aug. 17, 2022, after being rolled out to the launch pad at NASA’s Kennedy Space Center in Florida. NASA’s Artemis I mission is the first integrated test of the agency’s deep space exploration systems: the Orion spacecraft, SLS rocket, and supporting ground systems. Launch of the uncrewed flight test is targeted for no earlier than Aug. 29. (Credit: NASA)