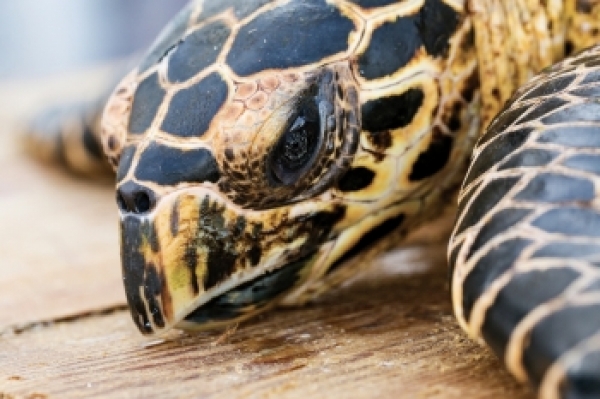 One of the most serious threats to wildlife biodiversity, in addition to the climate crisis, is the illegal killing and trafficking of animals and plants.

One of the most serious threats to wildlife biodiversity, in addition to the climate crisis, is the illegal killing and trafficking of animals and plants. Despite many laws against the black-market wildlife trade, it is considered to be one of the most lucrative illicit industries in the world.

Animals, especially endangered and threatened species, are often exploited and sold for their pelts or used as medicine, aphrodisiacs, curios, food and spiritual artifacts.

In a new study published in “Global Change Biology,” Arizona State University researchers estimate that more than 1.1 million sea turtles have been illegally killed and, in some cases, trafficked between 1990 and 2020. Even with existing laws prohibiting their capture and use, as many as 44,000 sea turtles were exploited each year over the past decade in 65 countries or territories and in 44 of the world’s 58 major sea turtle populations.

A new ASU study shows during a 30-year period, 95% of poached sea turtles came from two species — green and hawksbill turtles — both of which are listed under the U.S. Endangered Species Act. Also, Southeast Asia and Madagascar emerged as major hot spots for illegal sea turtle take and trade, particularly for critically endangered hawksbills, which are prized in the illicit wildlife trade for their beautiful shells. The East Pacific hawksbill turtle is among the most endangered sea turtle populations. (Photo Credit: Lindsay Lauckner Gundlock)