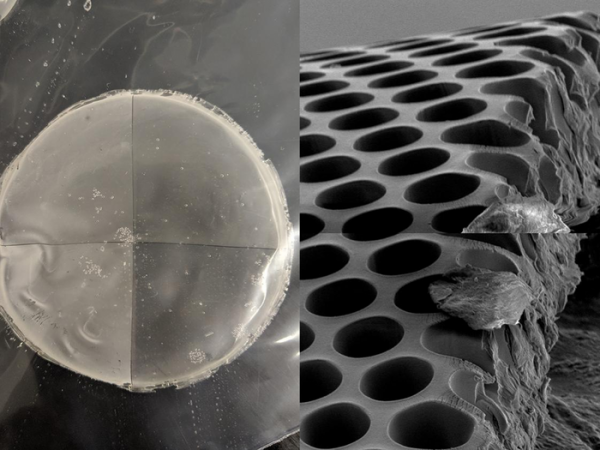 While on missions without access to clean water, U. S. Marines face the challenge of procuring and storing enough drinking water to sustain them.

While on missions without access to clean water, U. S. Marines face the challenge of procuring and storing enough drinking water to sustain them. Penn State researchers, led by Chris Arges, Penn State associate professor of chemical engineering, are working toward a realistic purification option that is portable, lightweight and easy to operate.

He and co-principal investigator Christopher Gorski, Penn State associate professor of civil and environmental engineering, will use a $570,000, three-year grant from the Office of Naval Research to advance a water purification method, known as membrane capacitive deionization (MCDI).

“Although the bulk of global desalination utilizes a process known as reverse osmosis at centralized production facilities, it is not suitable for military teams, as it requires high-pressure piping and hardware and is difficult to operate in the field,” Arges said. “MCDI, on the other hand, is effective, mobile and energy efficient.”

Penn State researchers will fabricate membranes with different surface pattern geometries and sizes to use in membrane capacitive deionization. The full membrane is seen at left, and at right, a portion of the membrane is seen under an electron microscope. The tiny wells allow sodium and chloride ions be filtered out of unclean water. (Photo Credit: Arges Lab/Penn State)