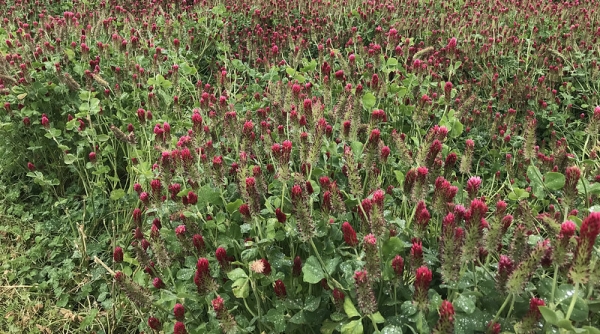 No one wants to think of harvest’s end as the vegetable garden reaches peak, but now’s the time to plant over-winter cover crops to improve your soil for next season.

No one wants to think of harvest’s end as the vegetable garden reaches peak, but now’s the time to plant over-winter cover crops to improve your soil for next season.

If you’re not acquainted with cover crops, here’s the rundown: These hardworking plants can add organic matter and aerate the soil, protect it from compaction caused by rain, suppress weeds and reduce erosion, according to Nick Andrews, organic vegetable specialist for Oregon State University Extension Service. As a bonus, if you let them flower their blooms provide nectar and pollen for pollinators and other beneficial insects.

Not a bad deal for an almost no-maintenance plant. To get off to a good start, prepare your soil and broadcast plenty seed, lightly rake it in and water as needed until fall rains begin. Enjoy watching your cover crop grow during winter before you incorporate them in spring.

Cover crops include grains like winter oats, cereal rye and a wide range of broadleaf plants. Legumes, such as commonly used crimson clover, Austrian field pea and common vetch, are nitrogen “fixers.” Beneficial bacteria in legume root nodules take nitrogen from the air and supply it to the plant. When the cover crop decomposes in the spring, some of that nitrogen becomes available to fertilize next year’s vegetables. If cost is a concern, cover crop nitrogen from legumes is much cheaper than organic nitrogen fertilizer and competes with conventional fertilizer prices.

Image: Clover is a good choice for a cover crop because it provides nitrogen to plants. (Photo by Chris LaBelle)