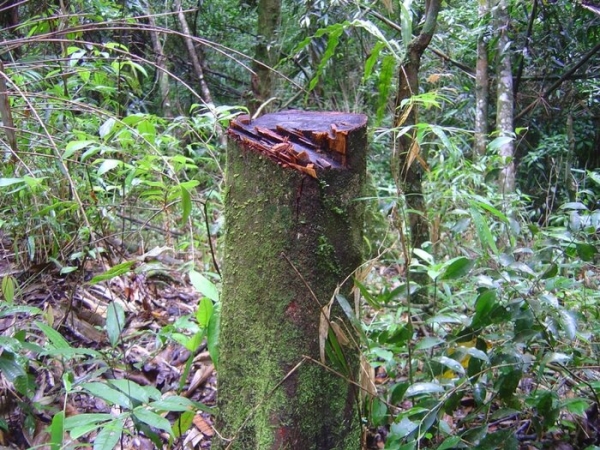 The countless benefits of native forests include the capacity of tree biomass to store large amounts of carbon, which can counterbalance greenhouse gas emissions into the atmosphere.

The countless benefits of native forests include the capacity of tree biomass to store large amounts of carbon, which can counterbalance greenhouse gas emissions into the atmosphere. A paper published in the journal Science Advances reports on an innovative analysis of a large dataset designed to clarify the concept of carbon sequestration, a strategic issue in the discussion of global climate change.

“We still know little about the factors that can lead forests to store more or less carbon,” said Renato Augusto Ferreira de Lima, one of the paper’s ten authors. Lima is affiliated with the Ecology Department at the University of São Paulo's Institute of Biosciences (IB-USP) in Brazil and is currently a researcher at the Center for Biodiversity Synthesis and Analysis (CESAB) in Montpellier (France).

“We used a large forest inventory database to see which factors are uppermost in explaining current levels of carbon storage in the Atlantic Rainforest. We found that factors relating to the different types of human impact on the forest are key, with two to six times the significance of factors such as climate, soil and the characteristics of the tree species in the forest,” he said.

Reversing the effects of human activity on Atlantic Rainforest remnants would therefore be the best strategy to increase forest carbon stocks. About 50% of the Brazilian population currently live in areas originally occupied by the biome.