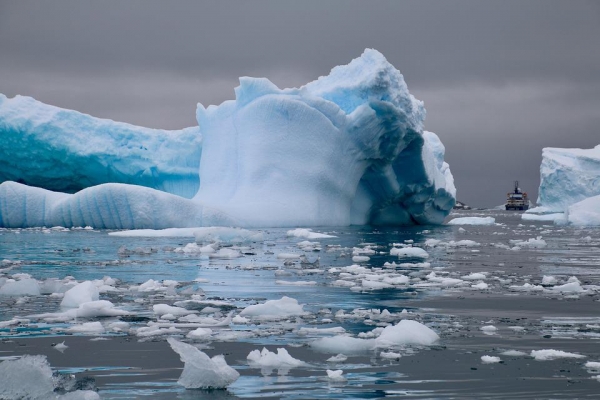 Across Antarctica, some parts of the base of the ice sheet are frozen, while others are thawed.

Across Antarctica, some parts of the base of the ice sheet are frozen, while others are thawed. Scientists show that if some currently frozen areas were also to thaw, it could increase ice loss from glaciers that are not currently major sea-level contributors.

Recent efforts using computational modeling to understand how melting ice in Antarctica will impact the planet’s oceans have focused on ice-sheet geometry, fracture, and surface melting – processes that could potentially trigger or accelerate ice-sheet mass loss. Now, researchers have identified an additional process that could have a similarly significant effect on the ice sheet’s future: thawing of the bed, known as basal thaw, at the interface of the land and the miles-thick ice sheet above it.

The new study identifies areas that are not currently losing large amounts of mass but could be poised to match some of the largest contributors to sea-level rise – such as Thwaites Glacier – if they thawed. Antarctica is roughly the size of the United States, and the susceptible regions comprise an area greater than California. The research was published Sept. 14 in Nature Communications.