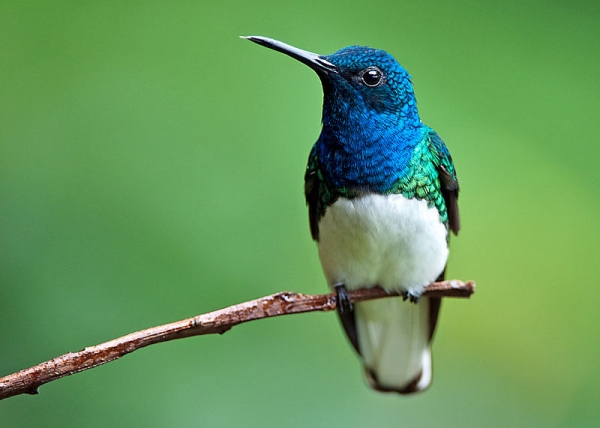 White-necked jacobin hummingbirds sport a colorful blue-and-white plumage as juveniles. When they grow into adulthood, males retain this dazzling pattern, while females develop a more “muted” palette of green and white — at least, most females. Curiously, about 20% of females defy the norm and retain male-like plumage into adulthood.

“Why do some female jacobins look like males? It’s a mystery made up of multiple pieces,” said Jay Falk, a postdoctoral researcher at the University of Washington. “Is there a benefit? Is there a cost? Is it just appearance, or do these females also act like males?”

Now those pieces are falling into place. In research published Sept. 7 in the Proceedings of the Royal Society B, Falk and co-authors at the UW, Cornell University and Columbia University report that adult female white-necked jacobins with male-like plumage are mimicking male appearance — but not male behavior. In addition, their strength and body size are similar not to males, but to fellow females with muted plumage.