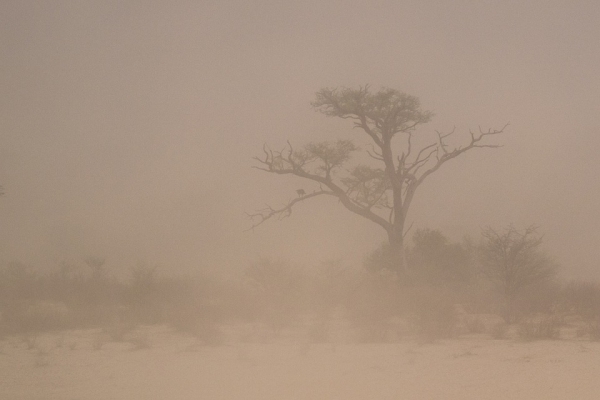 At the beginning of the year, the World Health Organisation (WHO) announced that the Middle East ranks among the regions with the worst air quality.

At the beginning of the year, the World Health Organisation (WHO) announced that the Middle East ranks among the regions with the worst air quality. There is a common misconception that desert dust is the most significant cause of air pollution from particulate matter in this region, but a new study has shown that more than 90 percent of the particulate matter that is detrimental to health originates from anthropogenic sources. This human-made fine particulate matter differs from the less harmful desert dust particles. Scientists determined this through ship born measurements and verified it in elaborate modeling calculations. The anthropogenic particles are primarily caused by the production and use of fossil fuels such as oil and gas. They are generally smaller than desert dust and can penetrate deep into the lungs.

In 2017, an international team headed by the Max Planck Institute for Chemistry travelled around the Arabian Peninsula on a research vessel in a spectacular expedition. Various measuring instruments were kept on board to sample aerosol particles and trace gases such as ozone and nitric oxides. The researchers also discovered that the Suez Canal, the northern Red Sea and especially the Arabian Gulf are regional hotspots for ozone; the exceptionally strong concentration of ozone in these areas indicates that the harmful gas is also a problem in other densely populated regions of the Arabian Peninsula. Furthermore, the scientists found that concentrations of nitrogen oxides were significantly higher than the WHO guidelines.

"There are relatively few measurements from the region around the Arabian Peninsula and in the Middle East in general. That is why this research campaign is so important," says Sergey Osipov, an atmospheric physicist at the Max Planck Institute for Chemistry in Mainz and the King Abdullah University of Science and Technology (KAUST) in Saudi Arabia. “We used the data in atmospheric chemistry models in order to draw conclusions about general air quality and health consequences.”