Details
University of of Basel 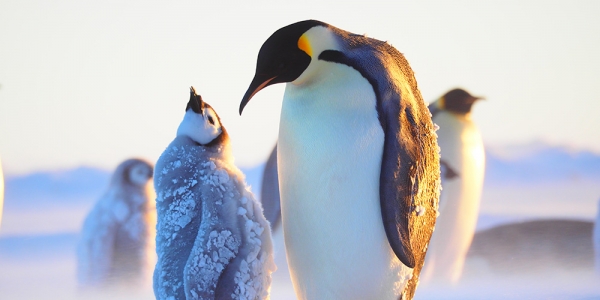 The researchers studied a colony of emperor penguins in Atka Bay, a remote area on the northeastern edge of the Ekström Ice Shelf.

The researchers studied a colony of emperor penguins in Atka Bay, a remote area on the northeastern edge of the Ekström Ice Shelf. “We had already conducted studies of water samples there and discovered microplastics, albeit in low concentrations,” explains Clara Leistenschneider, a doctoral candidate in the Department of Environmental Sciences at the University of Basel. The impact of pollution on the animals living there, however, was still largely unexplored.

To determine the level of microplastic contamination in the emperor penguins’ food sources, researchers analyzed the gizzard contents of 41 chicks found dead in the colony. They visually identified 85 potential plastic particles up to half a millimeter in size under the microscope and used spectral analysis to determine these particles’ properties.

Surprisingly, none of these particles were actually microplastics. The putative contamination was either natural materials – such as animal hair or plant matter – or clothing fibers and airborne particles that had entered the samples during processing. The researchers did not detect any synthetic polymers in the gizzards, as they report in the journal Science of the Total Environment.

Read More: University of of Basel