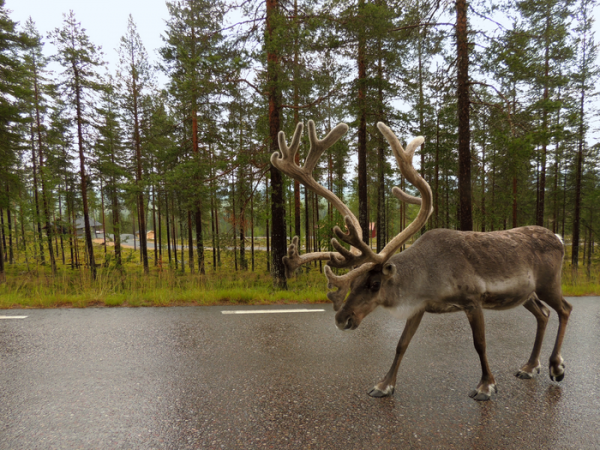 Reindeer herding has a long history in northern Norway, Sweden and Finland.

Reindeer herding has a long history in northern Norway, Sweden and Finland. It has shaped the Fennoscandian mountain landscape, and is also seen as means to mitigate climate change effects on vegetation. Yet a new study published in Scientific Reports shows that the majority of this grazing land is exposed to cumulative pressures, threatened by the expansion of human activities towards the north.

The grazing land in northern Fennoscandia is increasingly disturbed by cumulative land-use pressures. Intensive forestry, outdoor tourism, road and railway traffic, but also mining and wind farms are developing north. The newly published study has mapped and estimated the overall extent of these cumulative pressures, together with other stressors, namely predator presence and climate change.

Previous studies have mostly focused at regional scales, here the authors have used an integrated large-scale GIS analysis over three countries: Norway, Sweden and Finland. Their results suggest that about 60 per cent of the region is subjected to multiple pressures, and that 85 per cent is exposed to at least one pressure. This dramatically reduces the size and the quality of the summer grazing area. The study found that only 4 per cent of the area still remains undisturbed.