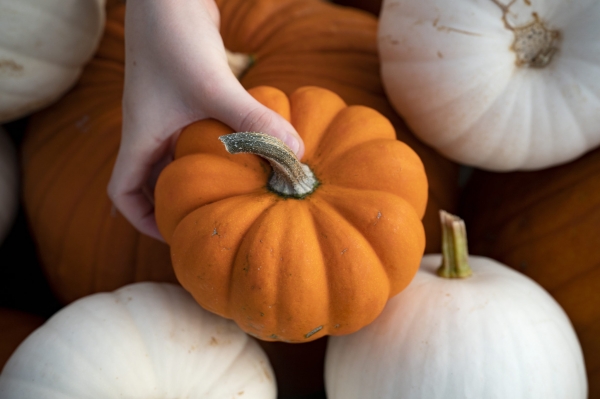 Texas pumpkin producers experienced the second sub-par season in a row, as drought conditions led to fewer management issues, but lower yields, according to Texas A&M AgriLife Extension Service experts. However, lower yields were translating into higher prices and demand.

Mark Carroll, AgriLife Extension agriculture agent, Floyd County, said drought contributed to below average yields, though many fields performed better than 2021 when too much rain led to yields 30% below average. The pumpkin harvest in Floyd County, the top-producing area in the state, should wrap up within the next 10 days, Carroll said.

Producers reported a mixed bag of results due to drought, he said. Some who had ample irrigation capacity improved production by 10-20% compared to last year, while others reported yields 10% below last year. Boggy conditions made it difficult to impossible for producers to enter fields to manage the crop effectively in 2021, and yields suffered.

“We had virtually no rainfall this summer, so the crop relied entirely on irrigation,” he said. “Getting the crop well established was an issue, but by July most fields looked good because pumpkins do really well in the heat.”