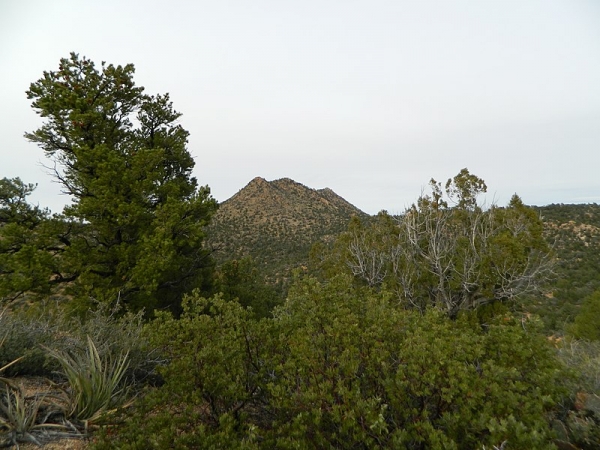 Pinyon-juniper woodlands host unique wildlife and wildlife habitat, as well as areas for hiking and outdoor recreation. They are also part of a web of healthy ecosystems that, together, help to balance water availability, storage and runoff; and prevent erosion. A new study published in Global Ecology and Biogeography and led by University of Nevada, Reno researcher Robert Shriver sheds new light on what is happening in pinyon-juniper woodlands across the West. The research is unique, in that it looks at both tree mortality, as well as recruitment, or new seedlings and saplings, to calculate a “net effect.” And, the news isn’t necessarily good, particularly in warmer, drier locations.

“We found that four of the five species were declining,” said Shriver, an assistant professor in the University’s College of Agriculture, Biotechnology & Natural Resources. “And, in the driest, warmest locations, up to about 50% of populations are declining. It’s pretty severe in those locations, which are usually at lower elevations that tend to be hotter and get less water than woodlands at higher elevations.”

Shriver said that when looking at all locations studied, which included over 6,000 plots and more than 59,000 tagged trees, up to 10-20% of populations were declining. Of the five species, including two pinyon pines and three junipers, Pinus edulis, more commonly referred to as two-needle pinyon or simply pinyon, showed the greatest declines, with about 24% of its populations in decline. The other pinyon species and two of the juniper species showed more moderate declines overall, but still quite severe declines in the hotter, drier areas. These species include Pinus monophylla (single-leaf pinyon), Juniperus monosperma (one-seed juniper) and Juniperus scopulorum (Rocky Mountain juniper). Juniperus osteosperma (Utah juniper) was the only species that did not show a decline.