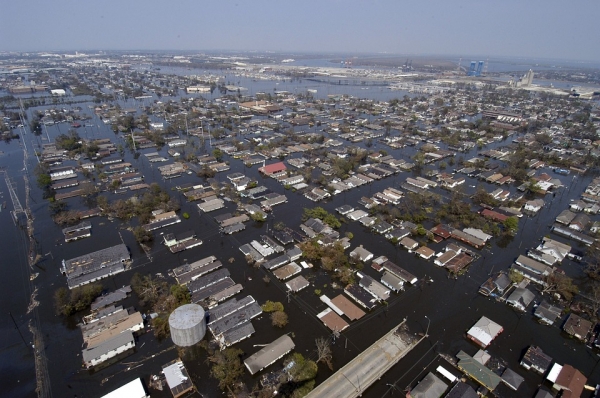 Hurricane damages can increase due to increasing global temperatures, caused by greenhouse gas emissions from fossil fuels. Computer simulations of regional economic sectors and supply chains in the US now show that the resulting economic losses can at some point not be nationally offset under unabated warming. If too many factories and the like are hit by the hurricane and stop working, other countries will have to step in to provide the supply of goods, according to the scientists who did the study. The hurricane impacts under global warming will thus give the US an economic disadvantage, the warmer the more.

“Tropical cyclones draw their energy from ocean surface heat. Also, warmer air can hold more water which eventually can get released in heavy rains and flooding that often occur when a hurricane makes landfall,” says Robin Middelanis from the Potsdam Institute for Climate Impact Research (PIK) and Potsdam University, lead author of the study. “It’s thus clear since long that hurricane damages will become bigger if we continue to heat up our Earth system.” While we might not have more hurricanes in the future, the strongest among them could get more devastating.

“Now, one of the important questions is: can we deal with that, economically? The answer is: not like this, we can’t,” says Middelanis. “Our calculations show, for the first time, that the US economy as one of the strongest on our planet, will eventually not be able to offset the losses in their supply chains on their own. Increasing hurricane damages will exceed the coping capacities of this economic super-power.”