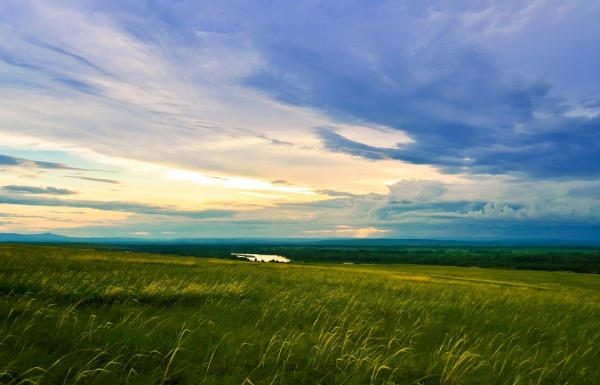 Plants need light to grow. However, due to excess nutrients and/or the absence of herbivores less light can reach lower vegetation layers in grasslands.

Plants need light to grow. However, due to excess nutrients and/or the absence of herbivores less light can reach lower vegetation layers in grasslands. Consequently, few fast-growing species dominate and plant diversity declines. So far, this relationship has been established indirectly through experiments, but never directly by means of experimentally adding light in the field. Now, an international team of researchers including scientists from the Helmholtz Centre for Environmental Research (UFZ), the Martin Luther University Halle-Wittenberg (MLU) and the German Centre for Integrative Biodiversity Research (iDiv) Halle-Jena-Leipzig, was able to experimentally prove the dominant role of light competition for the first time. The results have been published in Nature.

The team of researchers led by Prof. Dr. Anu Eskelinen from the University of Oulu (Finland) used the Global Change Experimental Facility (GCEF) at the UFZ research station in Bad Lauchstädt for their experiments. Scientists from UFZ, iDiv and various universities use the GCEF platform to study the influence of different climate models and land use intensities on plant community structure - specifically food webs and interactions between species.

Anu Eskelinen, who spent several years at the UFZ and iDiv as a visiting scientist, used a new experimental approach: the team directly illuminated the low-growing plants in the grassland with LED lamps, thus increasing the amount of light. In addition to this treatment, fertilisers were applied on some plots and grazing by sheep was used on others.