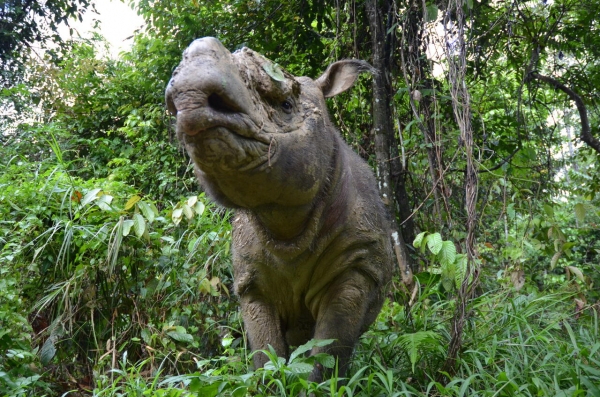 Malaysia’s last male Sumatran rhino, Kertam, died in 2019. Now, a team from the Max Delbrück Center has successfully grown stem cells and mini-brains from his skin cells. As they report in "iScience", their goal is to create sperm cells that may help to save the endangered species from extinction.

The Sumatran rhinoceros was once found across large parts of East and Southeast Asia. Today, poaching and habitat destruction have decimated the population of the world’s smallest and most ancient rhino species, leaving only a few dozen individuals living in the rainforests of Sumatra and the Indonesian part of Borneo. As a result, mating encounters between males and females are increasingly rare.

The Sumatran rhinoceros, which is the only surviving rhino species with hair, has been considered extinct in Malaysia since 2019 following the death of male Kertam and, just a few months later, female Iman. But a team of Berlin scientists led by Dr Vera Zywitza and Dr Sebastian Diecke, head of the Pluripotent Stem Cells Platform at the Max Delbrück Center in Berlin, are not content with this. They and their international partners have an ambitious goal: to turn skin cells taken from deceased Sumatran rhinos into stem cells, from which they can then derive egg and sperm cells to be used in assisted reproduction – in this case, fertilization in the laboratory. The embryos bred in the petri dish, which will be the offspring of Kertam and other already deceased females, will be carried to term by surrogate rhino mothers.