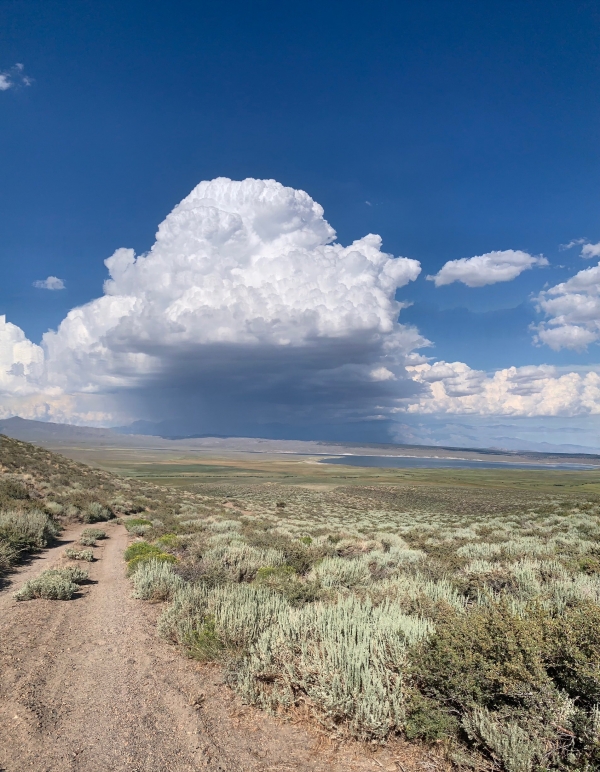 The North American southwest has been suffering through weather extremes in recent years ranging from searing heatwaves and scorching wildfires to monsoon rainfalls that cause flash floods and mudslides.

The North American southwest has been suffering through weather extremes in recent years ranging from searing heatwaves and scorching wildfires to monsoon rainfalls that cause flash floods and mudslides. As temperatures around the world continue to rise because of global warming, a team of researchers from Syracuse University, the University of Connecticut, the University of Arizona, George Mason University and Harvard University, are looking for environmental clues from millions of years in the past to predict what the southwestern climate may look like in the future. By analyzing ancient climate data, the scientists suspect that higher temperatures could cause stronger and more widespread summer rainfall across the southwest United States.

Subtropical regions like southwestern North America are becoming drier in response to global warming, as higher temperatures cause more aridity overall. However, rising temperatures can also lead to instances of excess precipitation during the summer months. The mechanism driving this is a strengthening monsoon. Just this past summer, southern California felt the effects of the monsoon, with historic flooding extending to places like Death Valley and other areas known for their lack of rainfall.

In a study led by Tripti Bhattacharya, Thonis Family Professor in Syracuse’s Department of Earth and Environmental Sciences, researchers explored another time in Earth’s history with a strong North American summer monsoon. During the middle Pliocene epoch, an interval approximately 3 million years ago, despite carbon dioxide levels similar to today, the North American southwest was surprisingly full of lakes and plant and animal species needing a moister environment. The team’s new paper, published in the journal AGU Advances, suggests that a stronger monsoon in the middle Pliocene can explain past wetter conditions, with implications for the future.

Summer storm developing over desert regions of Great Basin in summer 2022. New research suggests that these types of storms were intensified in the Pliocene, driving wetter conditions across much of the desert southwest. (Photo Credit: Dan Bernardi, Syracuse University)