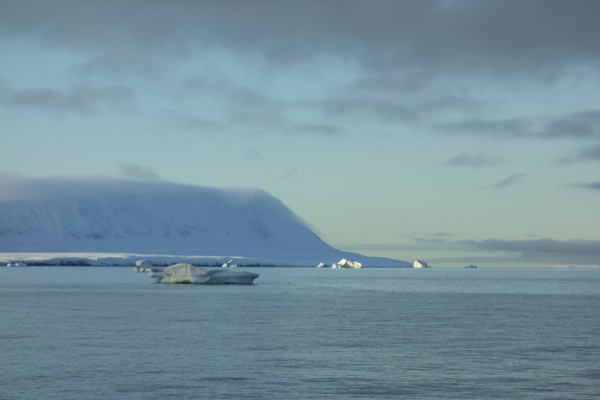 Every year, the cross-shelf transport of carbon-rich particles from the Barents and Kara Seas could bind up to 3.6 million metric tons of CO2 in the Arctic deep sea for millennia.

Every year, the cross-shelf transport of carbon-rich particles from the Barents and Kara Seas could bind up to 3.6 million metric tons of CO2 in the Arctic deep sea for millennia. In this region alone, a previously unknown transport route uses the biological carbon pump and ocean currents to absorb atmospheric CO2 on the scale of Iceland’s total annual emissions, as researchers from the Alfred Wegener Institute and partner institutes report in the current issue of the journal Nature Geoscience.

Compared to other oceans, the biological productivity of the central Arctic Ocean is limited, since sunlight is often in short supply – either due to the Polar Night or to sea-ice cover – and the available nutrient sources are scarce. Consequently, microalgae (phytoplankton) in the upper water layers have access to less energy than their counterparts in other waters. As such, the surprise was great when, on the expedition ARCTIC2018 in August and September 2018 on board the Russian research vessel Akademik Tryoshnikov, large quantities of particulate – i.e., stored in plant remains – carbon were discovered in the Nansen Basin of the central Arctic. Subsequent analyses revealed a body of water with large amounts of particulate carbon to depths of up to two kilometres, composed of bottom water from the Barents Sea. The latter is produced when sea ice forms in winter, then cold and heavy water sinks, and subsequently flows from the shallow coastal shelf down the continental slope and into the deep Artic Basin.