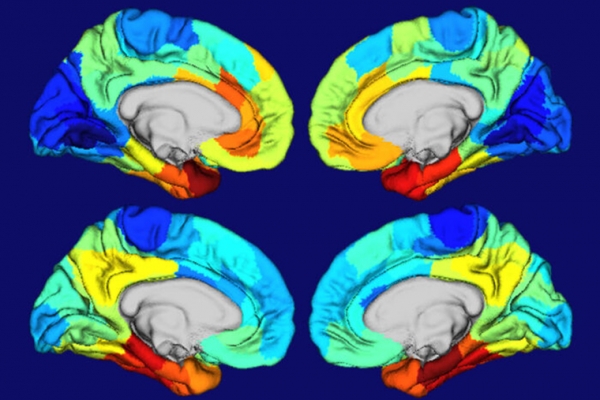 Memory loss is often the first sign of Alzheimer’s disease, followed by confusion and difficulty thinking.

Memory loss is often the first sign of Alzheimer’s disease, followed by confusion and difficulty thinking. These symptoms reflect the typical pattern of worsening damage to brain tissues. Toxic clusters of proteins first concentrate in the temporal lobes of the brain — the memory area — before spreading to parts of the brain important for thinking and planning.

A study by researchers at Washington University School of Medicine in St. Louis yields clues to why certain parts of the brain are particularly vulnerable to Alzheimer’s damage. It comes down to the gene APOE, the greatest genetic risk factor for Alzheimer’s disease. The parts of the brain where APOE is most active are the areas that sustain the most damage, they found.

“There are some rare, atypical forms of Alzheimer’s in which people first develop language or vision problems rather than memory problems,” said senior author Brian A. Gordon, PhD, an assistant professor of radiology at the School of Medicine’s Mallinckrodt Institute of Radiology. “When you scan their brains, you see damage to the language or the visual areas, and not so much to the memory areas. People with atypical Alzheimer’s are often screened out of research studies because it’s easier to study a group where everyone has the same set of symptoms. But this heterogeneity tells us that there are things we still don’t understand about how and why Alzheimer’s develops the way it does. There’s a reason why certain brain areas become damaged and not others, and we don’t know that reason yet. Every mystery we uncover with this disease pushes us closer to what we need to address it.”

Image: Red and orange areas on these heat maps of human brains show where the gene APOE is most active (top two brain images) and where tangles of the protein tau are most concentrated (bottom two brain images). APOE is the biggest genetic risk factor for Alzheimer’s, and tau tangles drive brain damage in the disease. The similarities in the two sets of maps suggested to researchers at Washington University School of Medicine in St. Louis that APOE plays a role in making certain brain areas particularly vulnerable to Alzheimer’s damage. (Image: Diana Hobbs)