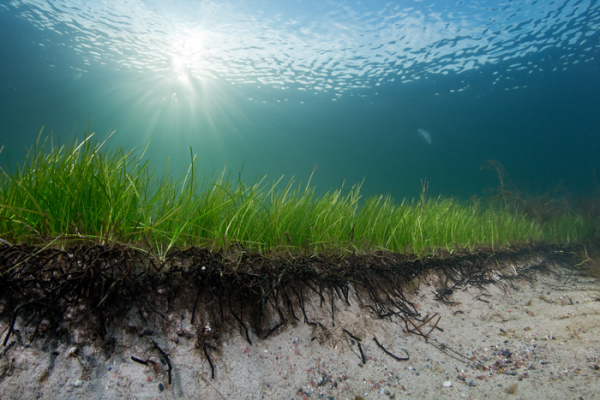 Coastal erosion is a global problem that is often combated by replenishing the coast and beaches with new sand in locations where storms wreak the greatest havoc.

Coastal erosion is a global problem that is often combated by replenishing the coast and beaches with new sand in locations where storms wreak the greatest havoc. According to a 2016 survey conducted by the Geological Survey of Sweden, 12 per cent of Skåne’s coastline in southern Sweden is vulnerable to increasing rates of coastal erosion. It is an even bigger issue in other countries. In the Netherlands, the coastline is protected through the construction of dikes made from stone and mud. Another solution is to utilise nature’s own defences against coastal erosion. In this new study, researchers examined the importance of seagrass for preserving the coastline.

“We have seen that seagrass meadows in the coast are valuable assets in mitigating erosion. We already know that their long canopies serve as breakwaters, but now we can show that their root mats also bind together the underwater sand dunes, effectively reinforcing them,” says Eduardo Infantes, a Marine Biologist at the University of Gothenburg and the lead author of the study which has been published in the journal Marine Ecology Progress Series.

Read more at: University of Gothenburg

Seagrass´ root mats can reduce coastal erosion up to 70 %. Researchers at University of Gothenburg have made test in wave tank that shows that the roots makes binds the sand dunes. (Photo Credit: Pekka Tuuri)