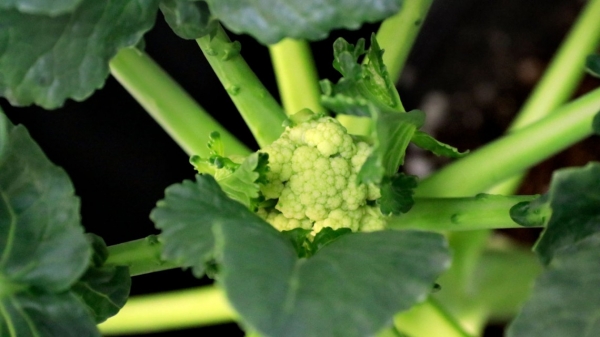 A new study identifies the genetic underpinnings for why broccoli heads become abnormal when it’s hot, providing insight into effects of climate-induced warming for all crops and pointing the way for breeding heat-resistant new varieties.

Broccoli grows best when planted in cool early spring or late summer, into fall. The researchers found that while broccoli grows normally at average temperatures of 61 degrees Fahrenheit, its crowns begin to deform at 72 degrees F and it forms dense cauliflower-like heads (called curds) at 82 degrees F.

The researchers then applied 5-azacytidine, a chemical known to inhibit a process called DNA methylation, where a methyl group – a small molecule – gets added to DNA. Methylation is one mechanism for turning genes on and off; in this case it suppresses a cluster of genes required for normal broccoli head production. When 5-azacytidine was administered, normal broccoli heads grew even at 82 degrees F, suggesting that methylation was behind the abnormal growth in the presence of heat.