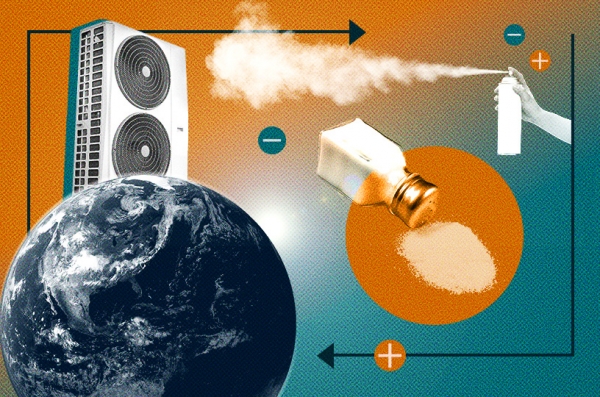 Adding salt to a road before a winter storm changes when ice will form. Researchers at the Department of Energy’s Lawrence Berkeley National Laboratory (Berkeley Lab) have applied this basic concept to develop a new method of heating and cooling. The technique, which they have named “ionocaloric cooling,” is described in a paper published Dec. 23 in the journal Science.

Ionocaloric cooling takes advantage of how energy, or heat, is stored or released when a material changes phase – such as changing from solid ice to liquid water. Melting a material absorbs heat from the surroundings, while solidifying it releases heat. The ionocaloric cycle causes this phase and temperature change through the flow of ions (electrically charged atoms or molecules) which come from a salt.

Researchers hope that the method could one day provide efficient heating and cooling, which accounts for more than half of the energy used in homes, and help phase out current “vapor compression” systems, which use gases with high global warming potential as refrigerants. Ionocaloric refrigeration would eliminate the risk of such gases escaping into the atmosphere by replacing them with solid and liquid components.