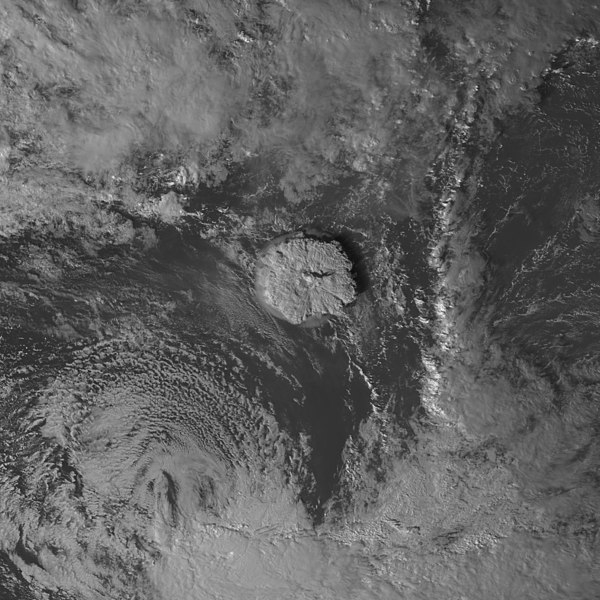 One year later, researchers are still marveling at the power of the Hunga Tonga explosion—and wondering how to monitor hundreds of other undersea volcanoes.

One year later, researchers are still marveling at the power of the Hunga Tonga explosion—and wondering how to monitor hundreds of other undersea volcanoes.

Last year, Larry Paxton was looking at the edge of space when he saw something he shouldn’t. A physicist at Johns Hopkins University, Paxton uses satellite-based instruments that look down on the region of space just above the atmosphere. They see in spectrums of light that we can’t, like the far ultraviolet, monitoring for things like odd space weather. But in late January, his team observed something unusual on a scan: Part of the map had gone dark. The rays of far UV light were being absorbed by molecules of some sort, resulting in a dim splotch roughly the size of Montana.

The source soon became clear: the Hunga Tonga volcano, which had just erupted in the South Pacific. Those molecules—enough water, Paxton’s team later determined, to fill 100 Olympic swimming pools—had been jettisoned skyward faster than the speed of sound by an explosion unlike anything previously recorded on Earth. “This is an enormous amount of water to get injected that high,” says Paxton, who presented his research a few weeks ago at the American Geophysical Union. “It’s an extraordinary thing.”

One year later, scientists studying virtually every facet of the Earth, from the mantle to the oceans to the ionosphere, have had a moment similar to Paxton’s, stunned by some superlative discovery generated by the Hunga eruption. In recent months, scientists have observed new vibrational waves that ricocheted around the globe, triggering tsunamis in distant ocean basins, and seen the highest concentration of lightning ever recorded. The newly cosmic water molecules represented the very top of an enormous plume that filled the upper atmosphere with enough water to trap heat underneath, likely warming the Earth slightly for the next few years, according to Holger Vömel, a scientist at the National Center for Atmospheric Research.