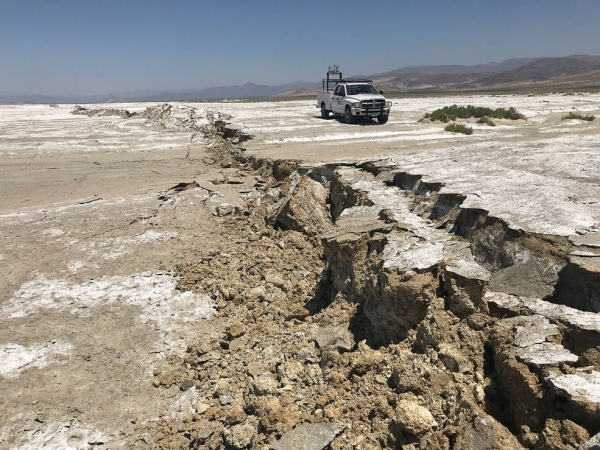 What can hidden motions underground tell us about earthquakes, eruptions, and even climate change?

What can hidden motions underground tell us about earthquakes, eruptions, and even climate change? NASA scientists are using data gathered 400 miles above Earth to find out.

Creeping, rising, falling, slipping – some parts of Earth are in perpetual motion. The movements are usually too tiny for human senses to notice, but they offer clues about more significant changes happening inside volcanoes, along fault lines, and where tectonic plates meet and clash. That’s why scientists at NASA’s Jet Propulsion Laboratory in Southern California are using advanced tools and creative data analyses to find and monitor Earth’s moving surfaces. Here are a few things they’ve learned recently.

Geologists once had to go into the field over and over again to collect data on how Earth moves, using technology like GPS and plotting each new measurement on topographic maps. In the 1990s, scientists at JPL and elsewhere developed a new data-processing technique that enabled them to obtain very accurate images using a radar small enough to be mounted on a plane or satellite.

As this new data began to accumulate, “it was like you were seeing maps come to life,” said Paul Lundgren, head of JPL’s Earth Surface and Interior group. In some cases, he said, “you could almost intuitively understand the type of mechanism that was causing a volcanic eruption.”

Image: Tiny changes on Earth’s surface may precede big disruptions like the 2019 Ridgecrest earthquake that left this rupture in the Mojave Desert in California. NASA scientists are researching data on Earth’s vital signs in search of patterns of motion that could herald a major event. (Credits: USGS / Ben Brooks)