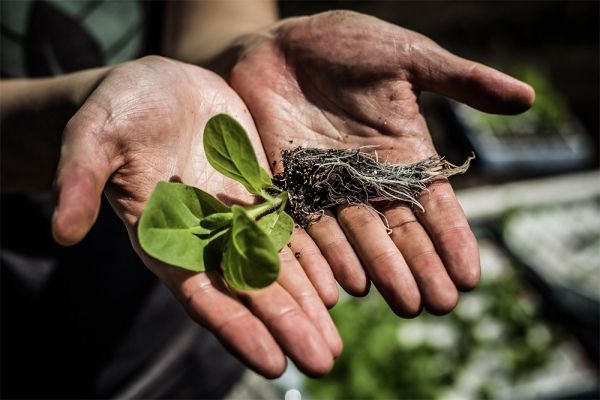 Plants convert sunlight into energy through photosynthesis; however, most crops on the planet are plagued by a photosynthetic glitch, and to deal with it, evolved an energy-expensive process called photorespiration that drastically suppresses their yield potential. Today, researchers from the University of Illinois and U.S. Department of Agriculture Agricultural Research Service report in the journal Science that crops engineered with a photorespiratory shortcut are 40 percent more productive in real-world agronomic conditions.

“We could feed up to 200 million additional people with the calories lost to photorespiration in the Midwestern U.S. each year,” said principal investigator Donald Ort (GEGC leader/BSD/CABBI), Robert Emerson Professor of Plant Science and Crop Sciences. “Reclaiming even a portion of these calories across the world would go a long way to meeting the 21st Century’s rapidly expanding food demands—driven by population growth and more affluent high-calorie diets.”

This landmark study is part of Realizing Increased Photosynthetic Efficiency (RIPE), an international research project that is engineering crops to photosynthesize more efficiently to sustainably increase worldwide food productivity with support from the Bill & Melinda Gates Foundation, the Foundation for Food and Agriculture Research (FFAR), and the U.K. Government’s Department for International Development (DFID).

Continue reading at University of Illinois

Image via University of Illinois