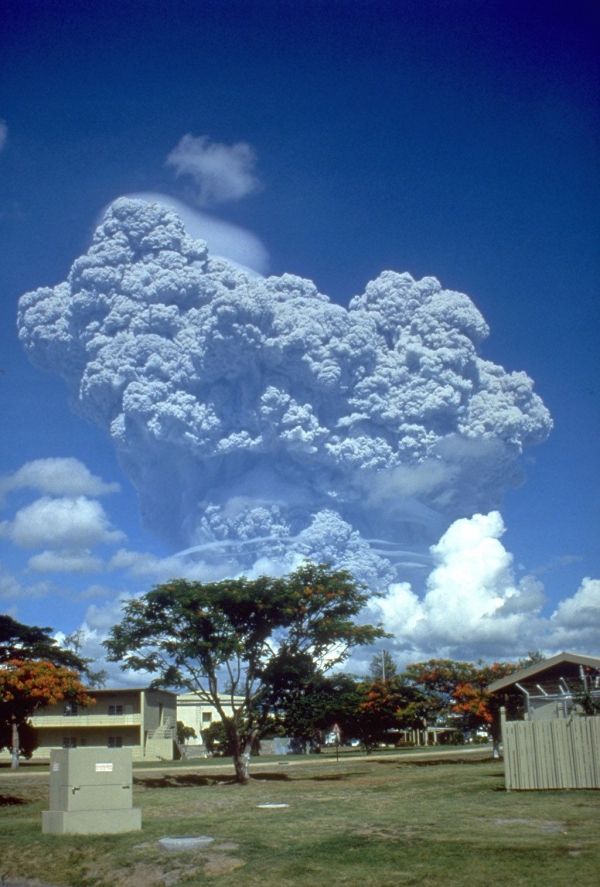 Researchers have shown that human-caused climate change will have important consequences for how volcanic gases interact with the atmosphere.

The researchers, from the University of Cambridge and the UK Met Office, say that large-magnitude eruptions will have greater effects as the climate continues to warm. However, the cooling effects of small- and medium-sized eruptions could shrink by as much as 75%. Since these smaller eruptions are far more frequent, further research is needed to determine whether the net effect will be additional warming or cooling.

Where and when a volcano erupts is not something that we can control, but as the atmosphere warms due to climate change, the plumes of ash and gas emitted by large, but infrequent, volcanic eruptions will rise ever higher. Climate change will also accelerate the transport of volcanic material – in the form of small, shiny droplets called volcanic sulfate aerosols – from the tropics to higher latitudes.

For large eruptions, the combined effect of these phenomena will cause the haze created by volcanic aerosols to block more sunlight from reaching Earth’s surface, ultimately amplifying the temporary cooling caused by volcanic eruptions. The results are reported in the journal Nature Communications.