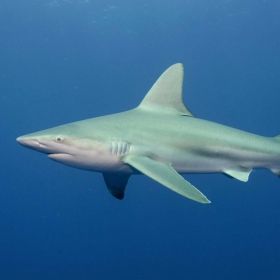 With 88 reported unprovoked shark attacks and five fatalities worldwide, 2017 was “just an average year,” according to the University of Florida International Shark Attack File.

With 88 reported unprovoked shark attacks and five fatalities worldwide, 2017 was “just an average year,” according to the University of Florida International Shark Attack File.

While the 88 reported attacks are slightly higher than the most recent five-year annual average of 83, the five fatalities are just below the average of six deaths per year. Of the 88 attacks, 60 percent (53) occurred in the U.S. Australia had the second-highest number of attacks with 14, including one fatality.

Lindsay French, who manages the database housed at the Florida Museum of Natural History on the UF campus, said the slightly higher than average attack numbers were expected as human populations continue to climb and people spend more time in the water.

“It really was just an average year, and significantly, the U.S. saw no shark attack fatalities for the second consecutive year” French said. “While we don’t put too much emphasis on year-to-year changes, a slight increase is expected as beach tourism and water sports gain in popularity. And as has been the case for years, Florida saw more attacks (31) than any other state while Volusia County led the state in reported attacks with nine, 29 percent of Florida’s total.”

Continue reading at University of Florida.

Image via University of Florida.