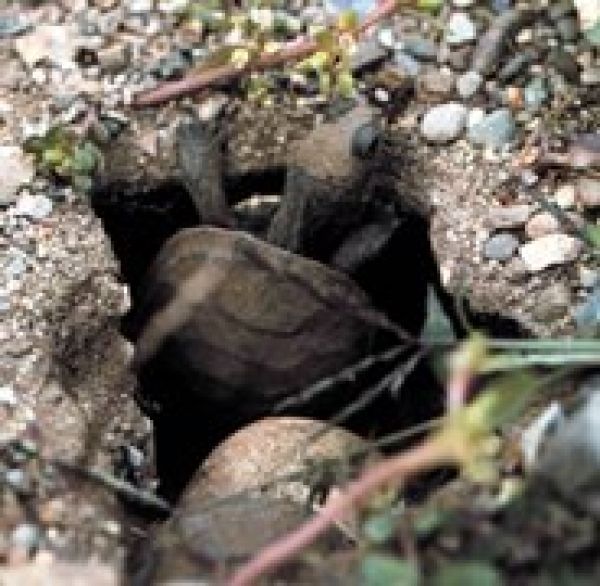 Study shows that simulating a clock shift of six hours causes hatchling Blanding’s turtles to shift their course, demonstrating that the sun is central to their navigational compass

Blanding’s turtle hatchlings need only the sun as their compass to guide them on their way to the nearest wetland – and a place of safety. This is according to John Dean Krenz of Minnesota State University in the US, lead author of a study in Springer’s journal Behavioral Ecology and Sociobiology. The study focused on how this freshwater turtle, native to the US and Canada, is purposefully able to travel in a relatively straight line once it has hatched.

There are many examples of species that are able to navigate long distances, such as migrating birds, or dispersing salamanders. Some animals that move over long distances have a geomagnetic sense that guides them, while others orient themselves according to the sun’s position.

​​​​​Previous research has shown that young Blanding’s turtle hatchlings (Emydoidea blandingii) initially use visual clues such as dark horizons (which could indicate a water source) when they begin dispersal after emerging from a nest. Once embarking towards a visual target, within a short time they begin to switch their guidance system from visual cues to solar cues to keep them moving in a straight line. This ability to orient themselves becomes fully developed within a day, and is maintained even if they can no longer see their target. Navigating in this way allows the turtles to stay safely on course, and to take the shortest, most direct route even if they have no visual clues to follow.