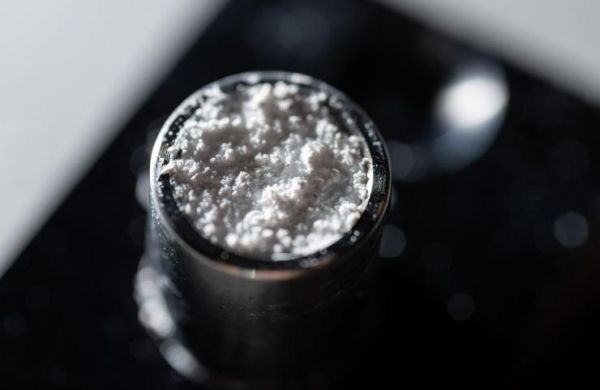 The solution to a 75-year-old materials mystery might one day allow farmers in developing nations to produce their own fertilizer on demand, using sunlight and nitrogen from the air.

Thanks to a specialized X-ray source at Lawrence Berkeley National Laboratory, researchers at the Georgia Institute of Technology have confirmed the existence of a long-hypothesized interaction between nitrogen and titanium dioxide (TiO2) – a common photoactive material also known as titania – in the presence of light. The catalytic reaction is believed to use carbon atoms found as contaminants on the titania.

If the nitrogen-fixing reaction can be scaled up, it might one day help power clean farm-scale fertilizer production that could reduce dependence on capital-intensive centralized production facilities and costly distribution systems that drive up costs for farmers in isolated areas of the world. Most of the world’s fertilizer is now made using ammonia produced by the Haber-Bosch process, which requires large amounts of natural gas.

“In the United States, we have an excellent production and distribution system for fertilizer. However, many countries are not able to afford to build Haber-Bosch plants, and may not even have adequate transportation infrastructure to import fertilizers. For these regions, photocatalytic nitrogen fixation might be useful for on-demand fertilizer production,” said Marta Hatzell, an assistant professor in Georgia Tech’s Woodruff School of Mechanical Engineering. “Ultimately, this might be a low-cost process that could make fertilizer-based nutrients available to a broader array of farmers.”

Hatzell and collaborator Andrew Medford, an assistant professor in Georgia Tech’s School of Chemical and Biomolecular Engineering, are working with scientists at the International Fertilizer Development Center (IFDC) to study the potential impacts of the reaction process. The research was reported October 29 in the Journal of the American Chemical Society.