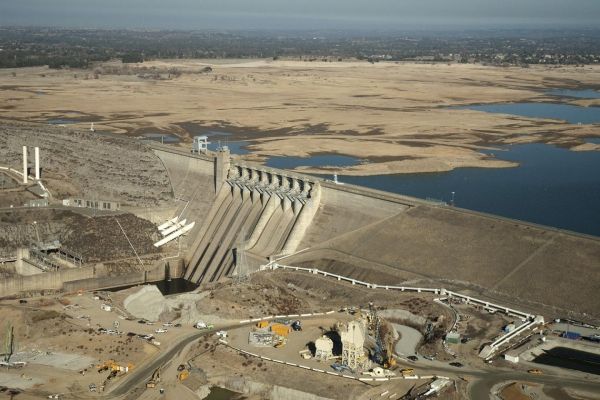 When hydropower runs low in a drought, western states tend to ramp up power generation – and emissions – from fossil fuels.

When hydropower runs low in a drought, western states tend to ramp up power generation – and emissions – from fossil fuels. According to a new study from Stanford University, droughts caused about 10 percent of the average annual carbon dioxide emissions from power generation in California, Idaho, Oregon and Washington between 2001 and 2015.

“Water is used in electricity generation, both directly for hydropower and indirectly for cooling in thermoelectric power plants,” said climate scientist Noah Diffenbaugh, the Kara J. Foundation professor in Stanford’s School of Earth, Energy & Environmental Sciences (Stanford Earth) and senior author of the study. “We find that in a number of western states where hydropower plays a key role in the clean energy portfolio, droughts cause an increase in emissions as natural gas or coal-fired power plants are brought online to pick up the slack when water for hydropower comes up short.”

The study, published Dec. 21 in Environmental Research Letters, shows emissions of sulfur dioxide and nitrogen oxides – air pollutants that can irritate lungs and contribute to acid rain and smog – also increased in some states as a result of droughts. Some of the largest increases in sulfur dioxide took place in Colorado, Utah, Washington and Wyoming. The largest increases in nitrogen oxides occurred in California, Colorado, Oregon, Utah, Washington and Wyoming.