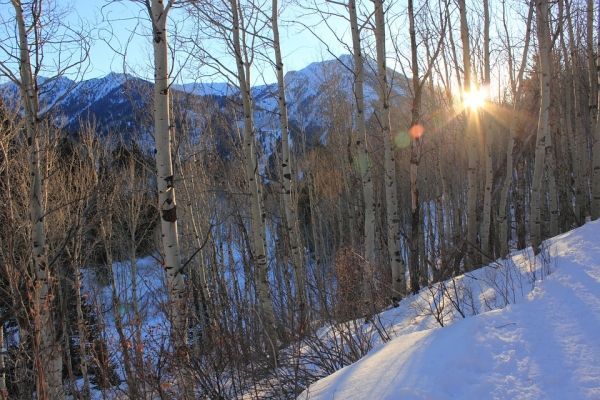 Utah’s Wasatch Mountains are famous for having “The Greatest Snow on Earth.”

Utah’s Wasatch Mountains are famous for having “The Greatest Snow on Earth.” Snow-seekers in pursuit of world-class skiing and snowboarding contribute over a billion dollars annually to the economy. Snowmelt also provides the majority of water to rapidly growing populations along the Wasatch Front, including Salt Lake City. Understanding what controls snowmelt timing and magnitude is critical for Utah.

It’s more complicated than warming air temperatures; the sun’s energy and longer daylight hours in the spring are the main drivers of snowmelt. Like wearing a black shirt on a hot day, anything that darkens the snow surface—such as dust—will absorb more sunlight and accelerate melting. As humans continue to alter landscapes, dust is more likely to blow onto nearby peaks. Yet scientists are just beginning to understand the impact of dust on snow.

A new University of Utah study analyzed the impacts of dust deposition at an alpine study plot in Alta, Utah in the Wasatch Mountains. For the first time, researchers measured dust in the air and in the snow simultaneously. They found that a single dust storm on April 13, 2017, deposited half of all dust for the season. The additional sunlight absorbed by the dust darkened the snow surface, and led to snow melting a week earlier.

Using computer simulations, the team modeled where the dust originated. They found that first, ahead of the storm, dust came from the south, but then shifted to the west. The westerly winds brought dust from “hot spots” in the Great Salt Lake’s dry lake bed, a relatively new dust source due to historically low lake levels.

Read more at University of Utah