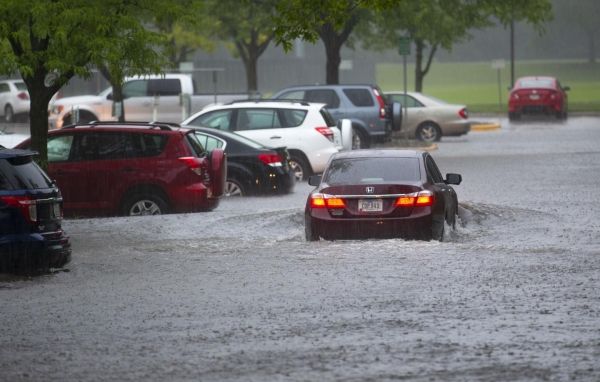 Images of extensive flooding or fire-ravaged communities help us see how climate change is accelerating the severity of natural disasters.

Images of extensive flooding or fire-ravaged communities help us see how climate change is accelerating the severity of natural disasters. The devastation is obvious, but what is not as clear is the indirect effect of these disasters, or more generally of rapid climate change, on violence and aggression.

That is what Craig Anderson sees. The Iowa State University Distinguished Professor of psychology and Andreas Miles-Novelo, an ISU graduate student and lead author, identified three ways climate change will increase the likelihood of violence, based on established models of aggression and violence. Their research is published in the journal Current Climate Change Reports.

Anderson says the first route is the most direct: higher temperatures increase irritability and hostility, which can lead to violence. The other two are more indirect and stem from the effects of climate change on natural disasters, failing crops and economic instability. A natural disaster, such as a hurricane or wildfire, does not directly increase violence, but the economic disruption, displacement of families and strain on natural resources that result are what Anderson finds problematic.

One indirect way natural disasters increase violence is through the development of babies, children and adolescents into violence-prone adults, he said. For example, poor living conditions, disrupted families and inadequate prenatal and child nutrition are risk factors for creating violence-prone adults. Anderson and Miles-Novelo noted these risk factors will become more prevalent as a result of climate change-induced disasters, such as hurricanes, droughts, floods, water shortages and changing agricultural practices for efficient production of food.