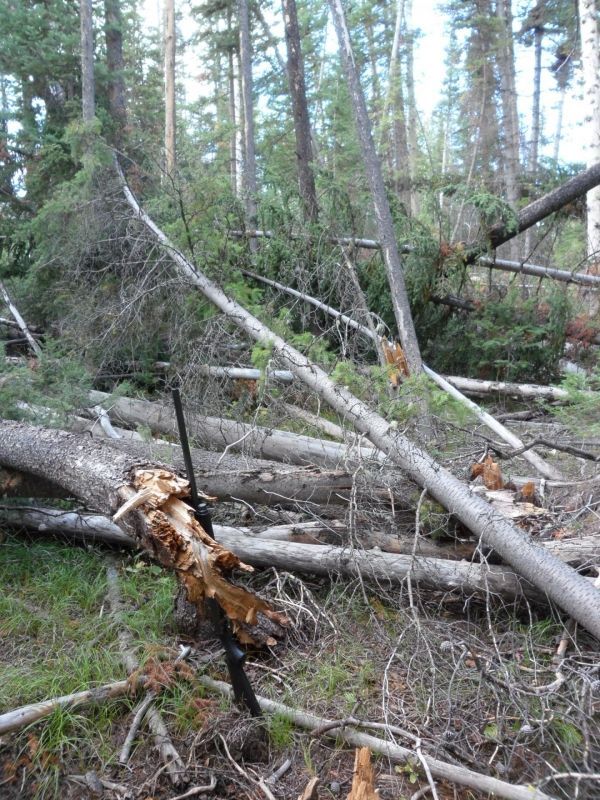 Loss of the heat-shielding forest canopy and the obstacle of fallen trees have caused elk to avoid beetle-killed areas of the Medicine Bow-Routt National Forest, according to new research by University of Wyoming scientists.

Loss of the heat-shielding forest canopy and the obstacle of fallen trees have caused elk to avoid beetle-killed areas of the Medicine Bow-Routt National Forest, according to new research by University of Wyoming scientists.

Those factors more than offset the gains in nutritious grasses and other vegetation desired by elk that have resulted from the region’s bark beetle epidemic, says the research led by recent UW master’s degree graduate Bryan Lamont and supervised by UW Professors Kevin Monteith and Matt Kauffman of the Wyoming Cooperative Fish and Wildlife Research Unit. As with many wildlife studies in Wyoming, this was a collaborative effort between university researchers and biologists with the Wyoming Game and Fish Department, who are charged with managing the elk herd amid the massive forest disturbance.

“Although it is common following forest disturbances for elk to seek out and capitalize on the resulting increases in highly palatable and nutritious forage, during the summer months, elk in our study area fairly consistently avoided beetle-kill,” Lamont says. “This result is somewhat counter to how we typically think elk respond to forest disturbances. It appears there are some subtle but real differences between disturbances such as forest fires and the bark beetle epidemic.”

The research, published in the Journal of Wildlife Management, suggests that removal of standing dead trees and downed logs in the beetle-killed forests of the Sierra Madre Mountains might benefit the area’s population of 6,500-8,500 elk. As it is, the bark beetle epidemic “has altered how elk use the landscape and has resulted in a potential loss of forest habitat that elk use during the day,” the scientists wrote.