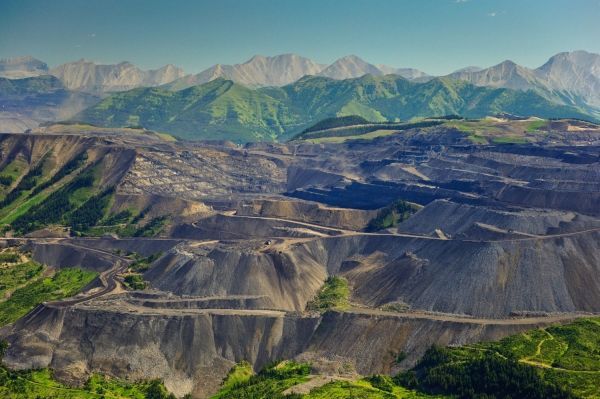 Paul Samycia was in a boat floating on British Columbia’s Elk River when he reeled in a strange-looking trout.

Paul Samycia was in a boat floating on British Columbia’s Elk River when he reeled in a strange-looking trout. One side of the fish looked like any other cutthroat trout — black speckles, orange belly, olive back. The other side of the fish had a hole in its face. Its gill cover, the flap on the side of its head, was partially missing.

Samycia snapped a photo of the fish. For the last four years, Samycia, the owner of Elk River Guiding Company, a fly-fishing shop and outfitter based in Fernie, British Columbia, has been collecting photos of misshapen catches. Some have shortened gill plates. Others have snubbed noses, making them look like they swam into a rock. He and fellow guides have amassed nearly 40 photos.

Samycia started noticing the deformities about 10 years ago, but the sightings are becoming increasingly common. Scientists have found substantial evidence that the cause is selenium, a trace element, leaching from coal mines in the Elk River watershed. A 2013 study found heightened selenium concentrations downstream of mines in the Elk Valley, and a 2014 report linked high selenium to a slew of damaging ecological consequences in the river, including malformations and reproductive failure in fish.