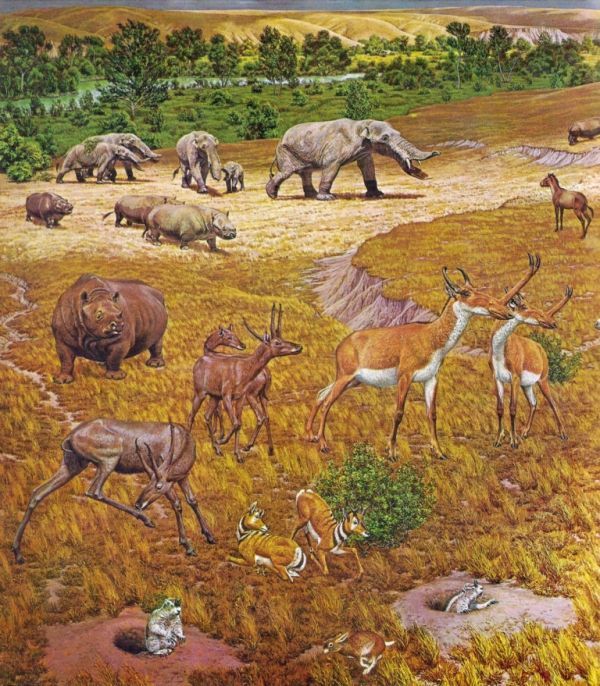 During the Great Depression, some unemployed Texans were put to work as fossil hunters.

During the Great Depression, some unemployed Texans were put to work as fossil hunters. The workers retrieved tens of thousands of specimens that have been studied in small bits and pieces while stored in the state collections of The University of Texas at Austin for the past 80 years.

Now, decades after they were first collected, a UT researcher has studied and identified an extensive collection of fossils from dig sites near Beeville, Texas, and found that the fauna make up a veritable “Texas Serengeti” – with specimens including elephant-like animals, rhinos, alligators, antelopes, camels, 12 types of horses and several species of carnivores. In total, the fossil trove contains nearly 4,000 specimens representing 50 animal species, all of which roamed the Texas Gulf Coast 11 million to 12 million years ago.

A paper describing these fossils, their collection history and geologic setting was published April 11 in the journal Palaeontologia Electronica.

“It’s the most representative collection of life from this time period of Earth history along the Texas Coastal Plain,” said Steven May, the research associate at the UT Jackson School of Geosciences who studied the fossils and authored the paper.

Continue reading at University of Texas at Austin.