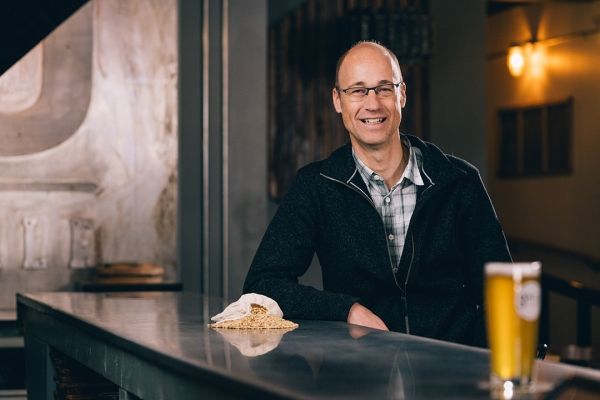 When it comes to brewing better beer, most lager lovers might not think to raise a glass in salute to the University of Saskatchewan.

When it comes to brewing better beer, most lager lovers might not think to raise a glass in salute to the University of Saskatchewan.

Then again, for a number of craft brewers across Saskatchewan to industry giants such as Molson and Sapporo, it’s no secret that there is some refreshing research being done at the university when it comes to quality ingredients and expertise.

It’s a reputation that has certainly been well-earned: USask has been contributing to better brewing for the better part of a century, and it’s also one that Dr. Aaron Beattie (PhD), an associate professor in the College of Agriculture and Bioresources, is all too happy to carry on.

“The barley world is quite a tight-knit group. We work quite closely with other barley breeding programs in Western Canada. We exchange data, and that happens over the entire course of producing a new variety of barley,” said Beattie, who adds that USask’s Crop Development Centre (CDC) works with everyone from farmers to craft brewers to ensure a satisfying final product.

And when it comes to the research, Beattie said the work being done at USask is seminal to giving a number of beer varieties their distinct traits. According to Beattie, there are particular genes that produce certain off-flavours and affect key characteristics of the body of the brew.

Image via University of Saskatchewan.